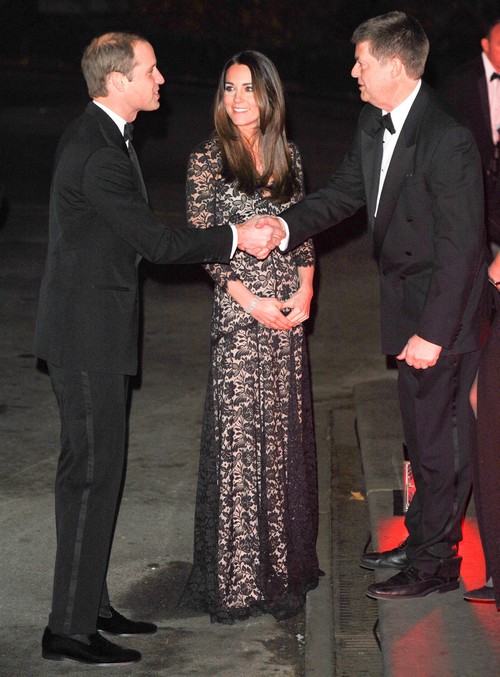 Is Kate Middleton pregnant with royal baby nugget #2? Prince George is about 5 months old and, according to a life plan that Kate and William set for themselves, the royal couple is eager to get their family up to size ASAP. Fancy Kate Middleton stepped out recently and, almost immediately, media outlets began buzzing with the possibility of a very tiny baby bump peeking through her clothes.

As we reported a couple days ago, the Jan. 6th print edition of Star Magazine claims that Kate is nearly 3 months along with a second child. Thankfully, this time around the pregnancy is taking much less of a toll on her body. The morning sickness that plagued her with Prince George doesn’t seem to be nearly as bad and, if she truly is pregnant, she’s hiding it well.

Kate and Prince Will have made it clear that they’d like to have three children within five years and it sort of seems like they’re staying on track with their royal baby-making goals. But here’s where we get skeptical . . . . if Kate really is three months pregnant, well, then that means she conceived her new child when Prince George was just 2 months old. Of course, this isn’t outside the realms of possibility; however, it just seems a bit unlikely, especially with Kate rumored to have gone through a minor bout of postpartum depression.

What do you think? Do you think another baby is on the way for the royal couple? No official statement has been released from the palace as of yet, so we’re going to believe this earth shattering news when he hear it from the top!

Check out the Kate Middleton Baby Bump photos below. Baby bump, baby bump, where oh where are you?