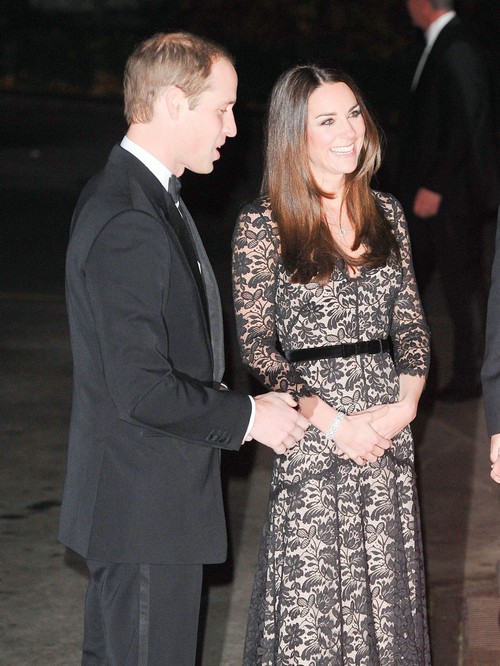 Little Prince George is only 5 months old but reports insist that Kate Middleton is already expecting baby number two. The duchess stepped out twice in the last week appearing to have a bit of a baby bump and speculation started almost immediately. According to the Jan. 6th print edition of Star Magazine sources claim that Kate is already nearly 3 months along with a second child and is having it much easier this time around. The morning sickness that plagued her with Prince George doesn’t seem to be nearly as bad this time.

In the past Kate has said that she and Prince William would like to have three children within five years so another pregnancy would certainly fit into that timetable. However, if Kate is really three months pregnant then she conceived when her son was only 2 months old and most new moms are too sleep deprived to even consider having another baby so close- or to contend with a pregnancy while carrying around an infant! Plus Kate is rumored to have gone through a few months of postpartum depression which would make the likelihood of a planned pregnancy even less logical.

Do you think that another baby is really on the way already? I have to admit I’m more than a little skeptical. Perhaps that baby bump was more like a little bit of bloat and the duchess is simply thrilled to be feeling like herself again while getting her new-mom feet under her. Will there be a new royal baby in 2014? Tell us your thoughts in the comments below!

Is there a baby bump hiding somewhere?