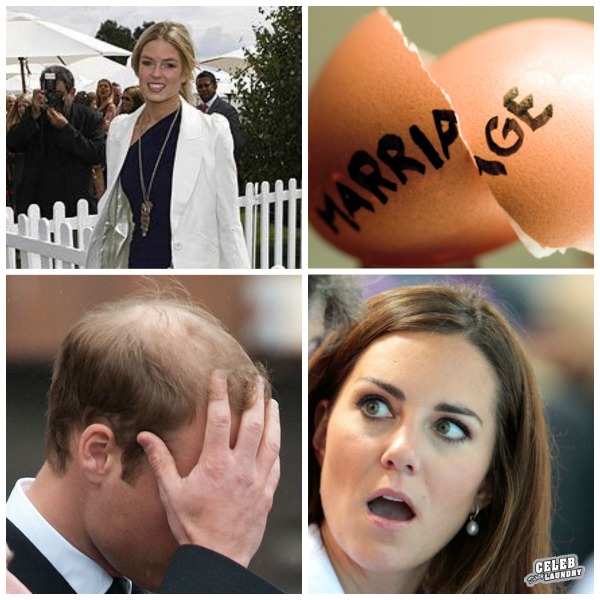 The British people are currently reeling in shock, just moments ago Prince William and the Duchess of Cambridge, Kate Middleton announced they will be cancelling their Australian tour. A source has confirmed that they young royal couple will be going their separate ways, and are working through an amicable divorce. (It can takes years for an average couple to settle a divorce, it may take decades for the Prince to do so.) Regardless, there will be a royal divorce in the English Court’s future, no news yet on the custody of the royal baby, Prince George.

Details are sparse as to why Kate and Will have officially called it quits, but they have been working through problems for quite a while on the down low. It was clear there was trouble in paradise at the beginning of this year when Kate packed up the baby and sailed off to an exclusive vacation with the Middletons, leaving Price William back in London.

Multiple sources are reporting that Prince William’s ex flame, actress Isabella Calthorpe is the underlying reason for their break-up. It’s not a secret that William ditched Kate when they were dating and even proposed to Isabella, after Isabella turned him down he went crawling back to Kate and she took him back (of course she took him back – her mother Carole and she had been plotting to marry Will for almost a  decade) and they eventually were married and had a baby together. Kate and William’s marriage was basically doomed from the start.

Surely by now you have figured out this is an April Fool’s Joke! But, in all seriousness if anyone is going to come between Kate Middleton and Prince William, my money is on Isabella Calthorpe, and rumors have been surfacing that she may still be interested in the royal hunk. Do you think there is any chance she will come between Kate and William… again? Let us know in the comment section below.