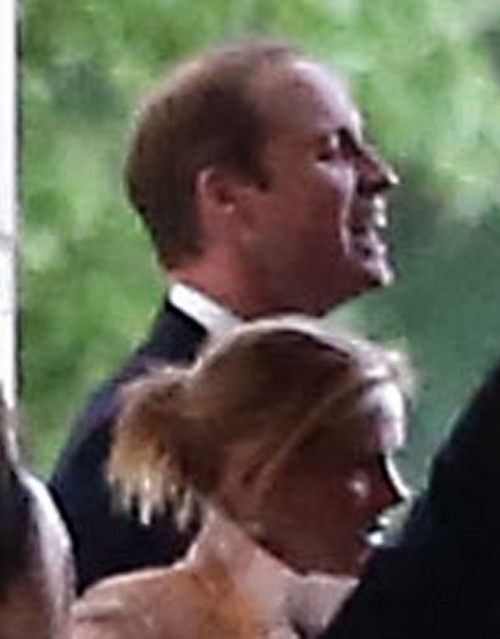 Prince William is turning out to be quite the party animal, isn’t he, and Kate Middleton is disgusted! Who knew that behind every red-haired wild child, there’s an even crazier older brother? Prince Harry‘s antics are now infamous across the world thanks to his nude partying in Las Vegas, but Prince William parties just as much – but much more discreetly. Yes, he has a wife and child waiting for him back in England, but he did not look like a man that was missing his family when he was partying in Memphis during his friend Guy Pelly‘s wedding.

Call it the influence of his brother or just his inner wild child coming out, but the reports allege that Will partied hard during the event. One of the singers at the event, Jimmy Church, spoke to the Daily Telegraph about all the craziness, and explained, “The whole thing was unreal man. William came up on stage in his coat, and me and him were going back and forth doing ‘Shout’ and then he did it on his own. I was getting down, he was getting down, it was wild man. They were holding people up in the air and passing them around like they were flying. I’ve been doing this 50 years and I ain’t ever seen anything like this. These guys know how to party.”

He also added, “Harry was dancing and having fun, dancing with lots of people. There were lots of girls around him but I didn’t see that he was with anyone. He was actually a little more conservative than William. I thought the whole thing would be a bit conservative because they’re royal but it was crazy.”

Hmm, interesting… Harry was more conservative than William? If Harry was dancing a lot and surrounded by tons of girls, then what on earth was Will doing that he was less ‘conservative’? By the sound of this guy’s comments, Harry and Will must have really gone for it. See, royals know how to get down, even if they’re stodgy and reserved during ‘official’ events. I mean, we knew that about Harry, but Will’s just kept his crazy party side hidden from the press for so long. And one wonders, has he kept it hidden from his wife as well?

Kate Middleton knew William back in his college days, so I don’t think all of this comes as a surprise to her. However, I don’t think she’s jumping for joy that her husband’s having so much fun away from her, especially if he’s hanging out with his brother’s many, many female admirers. I don’t think William will end up getting a mistress or cheating on Kate right now, but considering Prince Charles and the royals’ penchant for getting mistresses sooner rather than later, would it be a surprise to see Will end up the same way?

Maybe not. Will does seem devoted to his wife [most of the time], but I don’t think she’s very happy with him right now – especially if reports about the crazy partying have already gone public.

On a separate note, Will and Harry are already headed back to the UK, but they’re on separate flights. They generally don’t fly together because of their status as royals, and to minimize security risks they always travel separately.