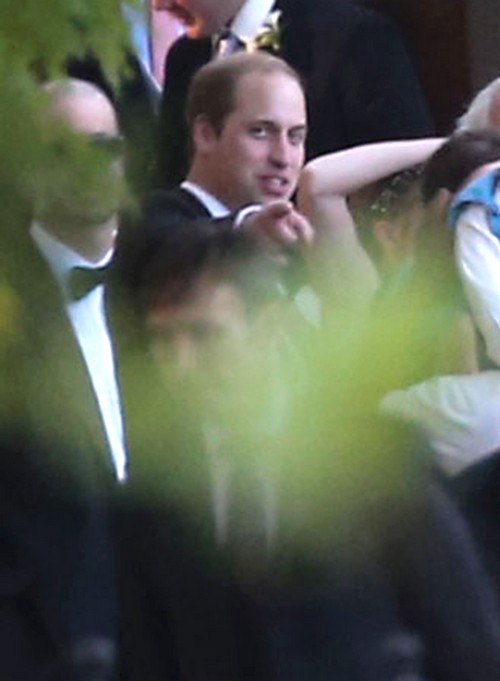 Prince Harry and Prince William partying together? Uh-oh. Harry literally just came out of a long-term relationship, and he’s probably itching to get drunk and begin his naked shenanigans. Could he be a bad influence on his big brother?

There are several pictures of William and Harry partying together in Memphis during Guy Pelly‘s wedding, and they look a bit… well, drunk. Will’s covered with splotchy red blotches over his cheeks, and he looks happier than we’ve seen him in ages. Of course, he’s a royal and he’s always prone to wearing the same expression – neutral with a hint of interest and boredom at the same time. But seriously, is this cause for worry?

Kate Middleton doesn’t have the same trust issues with William that Cressida Bonas did with Harry, but I don’t think people realize that Harry and Will used to party quite similarly in their single days. Once you get some alcohol into these royal boys, there’s no saying what they’ll get up to. Well, we’ve already seen what Harry gets up to, but Will’s party boy behavior is equally embarrassing. He was just lucky that the press never managed to get a hold of any pictures or evidence from that period in his life.

And that being said, he’s at a good friend’s wedding, his brother’s just broken up with his girlfriend/almost fiance, and he’s drunk – and his wife isn’t there. If I were Kate Middleton, I’d probably be freaked out too. I mean, there’s no doubt that Will loves Kate and little Georgie, but he’s not really in a position to be getting drunk in public places. Nothing untoward has happened yet, but with Harry at the helm, I wouldn’t bet against another scandal popping up.

and the partying continues – Will looks drunk – and who’s the blond near him? Kate is at home stewing – William is in HOT WATER with his lovely wife!

Prince William and Prince Harry attend the Guy Pelly and Elizabeth Wilson wedding in Memphis, Tennessee on May 3, 2014. The wedding had a heavy police presence for protection of the royals – but who will protect Kate Middleton from Harry’s influence on Will?