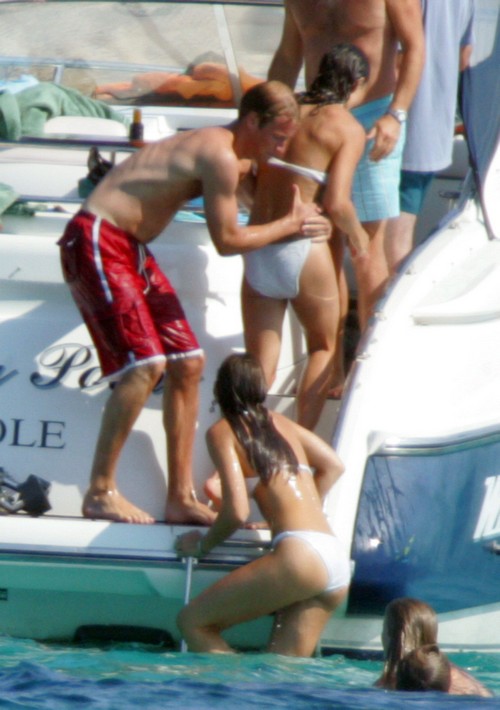 Prince Harry doesn’t exactly have the best track record when it comes to behaving himself. In fact he is well-established as a notorious party boy (Vegas) and jokster which makes the Palace very worried when he is scheduled to travel for an event. As luck would have it one of Harry and Prince William’s oldest friends, Guy Pelly is set to marry Lizzy Wilson at an elite polo club near Graceland this weekend and both men are scheduled to be in attendance.

According to The Royalist, Guy seems to really be their partner in crime and nearly every time that Harry has found himself wandering naked in a Vegas hotel or dressed as an SS officer, he has been right there. The nightclub promoter also helped to plan William’s stag weekend party 3 years ago. While the palace has warned Harry to keep his clothes on and to behave more responsibly, William is dealing with a whole different kind of warning and his come from wife, Kate Middleton. She’s not exactly thrilled to have to sit out the weekend and isn’t exactly dripping with trust.

If you remember several weeks ago Kate spent time in Mustique with her family while William stayed behind to study. Unfortunately studying included a quick jaunt to Spain with Harry and former girlfriend, Jecca Craig. William took Kate on a baby-free week long trip to make up for that mess but it doesn’t mean he’s in the clear yet. Do you think that the prince’s will behave themselves in Memphis or will their history of getting into trouble with Guy continue? Tell us your thoughts in the comments below!