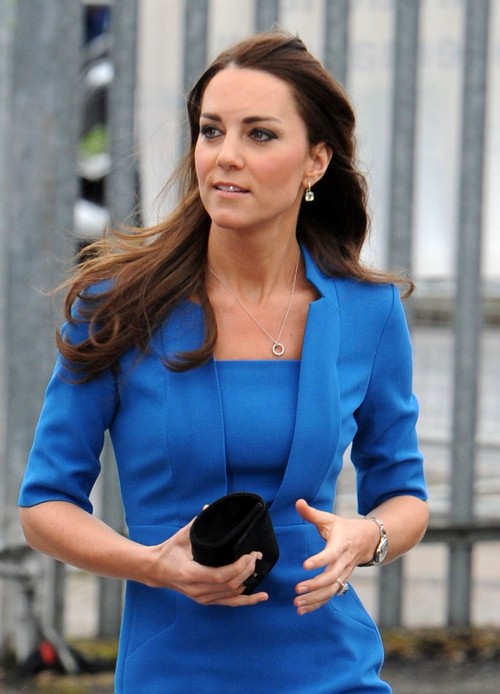 According to sources Kate Middleton and Prince William are gearing up to welcome another member to the royal family household. Friends of the royal couple are reportedly telling people that they’re getting ready to have another baby, even though it’s been less than a year since Prince George was born.

And since there’s absolutely no way that Kate and Will would take on the duty of raising two babies full-time, sources (The Royalist) add that they’re already hunting for a full-time nanny. You know, for when Kate has her royal charity appearances and Will has to go play polo or something.

Even though Kate had initially insisted that she wanted to raise George without the help of a nanny, she clearly realized that there’s no way she’s going to be able to raise two children without help – especially without William’s help. And there’s really only so long she can stay with her family, unfortunately. Plus, Kate and Will have their Australian tour coming up, and they’ll definitely be needing all the help they can get with that, what with baby George and the hectic schedule of the trip.

Kate and Will have both expressed interest in having another child, although it’s surprising that they’re already thinking of it. They probably want to have another baby sooner rather than later, which will give George a playmate and sibling around his own age.

What do you guys think? Will Kate and Will have another baby within the next two years? Or will it be longer than that? Or will they even have another child? Let us know your thoughts in the comments.