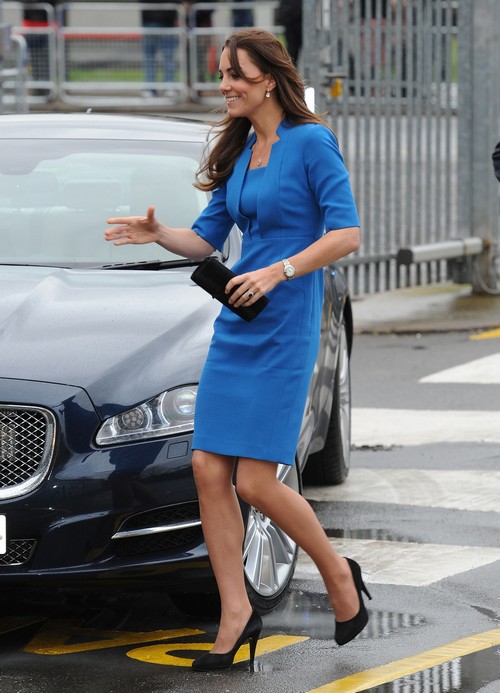 We have been saying ever since she married Prince William that Kate Middleton is truly a modern royal woman and although she comes from a wealthy family she still knows how to budget when necessary. It was recently confirmed that the royal family as a whole is spending beyond their means and dipping into their savings. Bank accounts are at an all time low and the situation is so bad that Queen Elizabeth isn’t even making desperately needed repairs to the palaces.

According to the March 10th print edition of GLOBE Magazine Kate is also taking matters into her own hands on the home front. She is doing the majority of the housework in the apartment that she shares with William and their son, Prince George. She also cooks dinner for her little family most nights rather than having a full time chef. Probably the biggest savings is in Kate’s spending on her wardrobe. Last year she plunked down an estimated $58 grand to dress like a princess. This year she has already reassured The Queen that she can easily cut that cost in half.

William is said to be following Kate’s lead and is learning to pay more attention to what things cost rather than just paying for it without any thought. This is just one more reason why Elizabeth is so thrilled with Kate and William. When a financial problem was unveiled they willingly decided to help by cutting corners here and there rather than continuing to contribute to the problem. It’s no wonder that Elizabeth prefers these two on the throne next, right? Of course this just makes Camilla Parker-Bowles hate Kate all the more. Will Kate’s thriftiness rub off on the rest of the family or is it one of those things that simply sets her apart from the royals in general? Tell us your thoughts in the comments below!