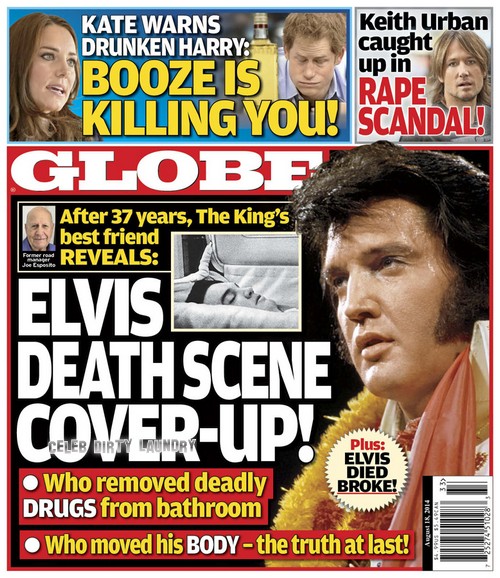 Prince Harry has always been dubbed as a royal party boy and Kate Middleton along with Queen Elizabeth and Prince William are very concerned. Prince Harry plays the role of royal jester and is no doubt the most entertaining of the royal family. Unfortunately a lot of his crazy behavior has been helped along by his hitting the bottle a little too hard. Harry split from longtime love, Cressida Bonas earlier this year and while he appears to be in great spirits at royal appearances, behind the scenes it has been a very different situation.

According to the Aug. 18th print edition of GLOBE Magazine Harry’s drinking has become a bonafide problem- one that has those around him very concerned. His sister-in-law, The Duchess of Cambridge has always been close with Prince Harry and she has stepped up and tried to talk sense into him. Apparently Kate is quite concerned that his drinking problem could be deadly and she has gone to great lengths to either say something that will shock some sense into him or else take action that stops Harry’s self destructive behavior.

Obviously Prince William and Queen Elizabeth are also involved in the ordeal and think that Harry’s failed romance has exacerbated his out-of-control drinking. Of course William and The Queen have high expectations for Harry and are naturally somewhat disgusted and disappointed with his behavior. Kate Middleton on the other hand has a somewhat more realistic and sympathetic view and realizes that Harry has always been prone to get into trouble.

Harry isn’t the only member of the royal family to have alcohol-related demons. Camilla Parker-Bowles flask of gin has become legendary and her reliance on it has reached pretty well epic proportions. Prince Charles is too busy dodging his wife’s drunken outbursts to even begin to contend with his young son’s behavior.

We have told you guys about Keith Urban’s marriage to Nicole Kidman being on the rocks but from the sounds of things marital strife might be the very least of his worries. The Aug. 18th print edition of GLOBE Magazine has all the details on a rape scandal that is tearing Keith’s world to shreds!

So many of GLOBE’s readers are fans of uncovering and learning about deep Hollywood secrets and the scandals that rocked the greatest celebs, such as Elvis Presley. GLOBE did some heavy investigative reporting this week and spoke with one of Elvis’ close friends. This person alleges that there was a secret death scene cover-up and that drugs were removed from the King’s bathroom. Even more shocking is the dicovery that The King died broke! You’ll have to grab the latest issue to learn more about all of these stories but you can be sure to find some shocking revelations in this week’s GLOBE. It takes journalistic courage and determination to do what GLOBE does each and every week. Whether it’s exposing Royal scandals or uncovering hidden secrets about the biggest stars, like Elvis, GLOBE never backs away from the truth. That’s why I make sure to read my copy each week!