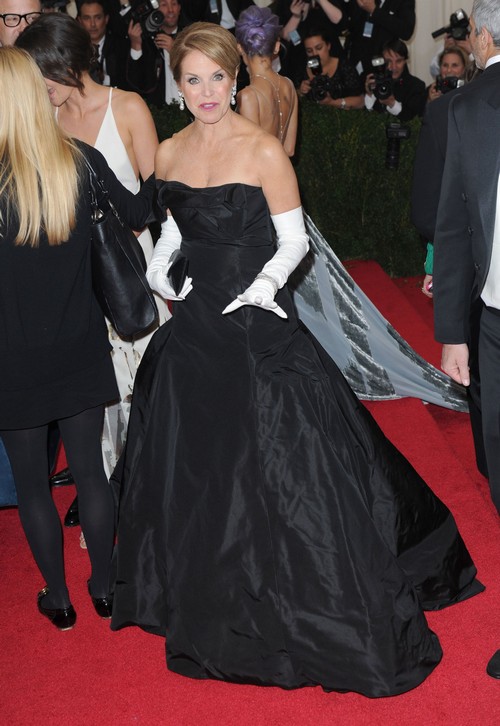 Poor Savannah Guthrie must be a real basket case these days. She’s expecting her first child which means she’s probably loaded with new-mom jitters and now it seems that her job as co-anchor on NBC’s Today Show may be at risk. Obviously someone needs to replace her when she goes on maternity leave but I’m guessing that Savannah never thought that it could be Katie Couric – the woman who once shared that couch with Matt Lauer – a pairing that meant ratings gold.

According to the May 19th print edition of Star Magazine NBC has reached out to Katie Couric and they are actively discussing the possibility of her returning. When Katie left in 2006 she had hoped that her career was about to skyrocket. Instead a stint on CBS Evening News proved to be a mistake and Katie’s daytime talk show has been axed after two seasons. She’s looking for a job and NBC is desperately looking for the ratings that it once had. While Savannah Guthrie is liked she just doesn’t bring in new viewers and she knows it. She’s very concerned that if Katie comes back and the ratings spike that she could easily be out of a job. This should be a huge worry because it ultimately is a numbers game and if old fans tune in to watch Katie and Matt reunited then why would they bring Savannah back?

Are you hoping that Katie returns to The Today Show or should she keep moving forward rather than visiting the past? Tell us your thoughts in the comments below!