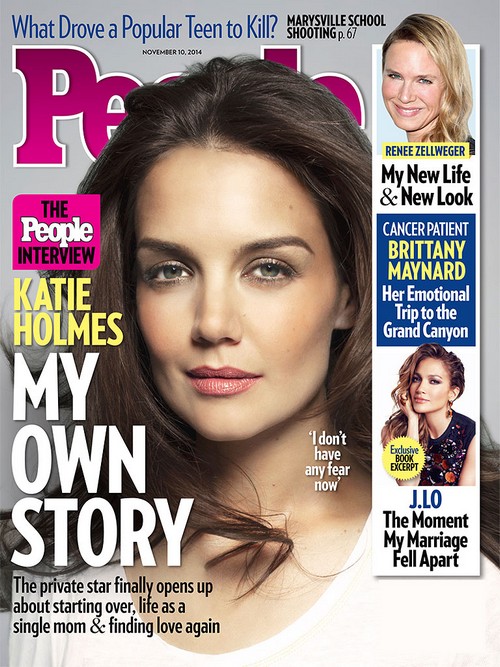 Katie Holmes covers the latest issue of People Magazine, boring us all to tears in the process. Katie apparently has a new movie coming out [called Miss Meadows], and she’s kicking into promotional gear for it. And what better way than to cover People Magazine, and remind everyone that not too long ago, she escaped her crazy ex-husband and his cult religion.

Unfortunately, Katie Holmes gives boring interviews. It’s not that she’s not sincere or committed, it’s just that she’s… boring. Everything is lackluster, including her acting. I mean, ever wonder why her career has stalled the way it has, even though she was married to Tom Cruise and had a major role in Batman Begins all those years ago? It’s because she. is. boring.

Bla bla bla. She also talks about Suri Cruise, and how she means ‘everything’ to her. Honestly, what is the point of this interview? Who is even going to buy this and/or read it? It’s my job to read it, and I was falling asleep a few sentences in.

What do you guys think of Katie Holmes’ People Magazine cover? Were you as bored as I was? Let us know your thoughts in the comments below.