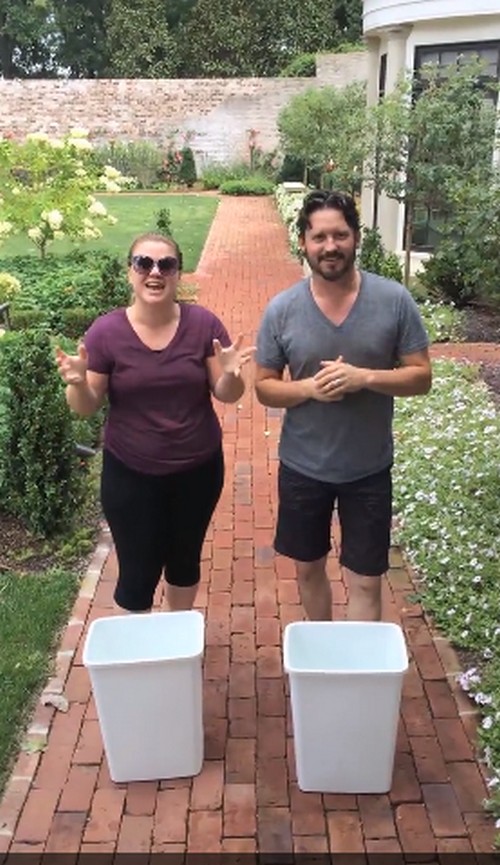 Kelly Clarkson and Brandon Blackstock have been married for less than a year, but the cheating and divorce rumors have already kicked into high gear. We’ve heard numerous times that Brandon was cheating on Kelly, both before and after their marriage. And now, we’re hearing that Brandon is ‘sick’ of Kelly’s body and wants someone hotter. Obviously, this is ridiculous because Kelly’s body is just fine, but once a cheater, always a cheater. They’re always going to come up with excuses for their cheating, but that doesn’t excuse them from the real reason – that they just suck.

Kelly and Brandon recently did the Ice Bucket challenge for ALS, but instead of the attention being focused on ALS and the fundraising for the foundation, a bunch of horrid comments targeted Kelly’s body in the video. At best, they focused on Kelly’s post-baby body, and at worse, they publicly shamed her for having a little extra weight. Jeesh, the woman just gave birth! Who cares?

Unfortunately, the body shaming masses might include her husband. According to recent rumors, he’s never been one to outright say anything to Kelly, but he’s been going out and hooking up with a bunch of skinny randoms at clubs and bars, especially recently. Now, we can’t comment on the veracity of these claims, but if they’re true, Kelly should dump his ass and move on. She doesn’t need to put up with that, not when she has a new baby to raise.