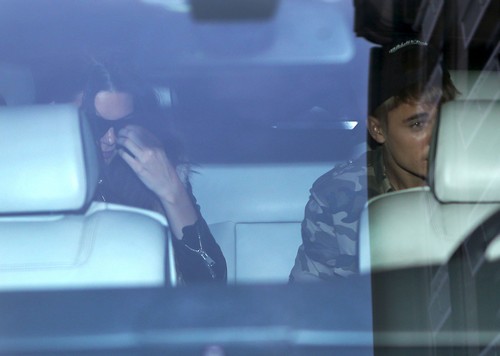 Kendall Jenner hung out with Justin Bieber following his week-long stay during Paris Fashion Week after he spent what was supposed to be quality time with his girlfriend Selena Gomez. Since, rumors have swirled across the internet suggesting that Kendall and the Biebs are dating and were a hot item…and we could all see how that could be a possibility.

They are young and she looks like she would be Justin’s type of girl. Rumors of a pairing hit a fever pitch when Justin shared a video on his official Instagram page of Kendall Jenner. Interesting, no? They have hung out together quite a bit and they could be a couple dating just keeping things on the down-low so as not to get Selena all fired up. She would be totally miffed if the rumors were true. In fact, I think that’s why Selena Gomez unfollowed both Kendall and Justin Bieber on Instagram – because she thought that there was something there. It only makes sense!

Still, despite all of the rumors, Kendall says that there is no romantic relationship between herself and the Biebs. She said in a new interview, “He’s a longtime friend of our family. Everybody loves to assume things, but no.”

When the newly crowned Estee Lauder model was asked if she is in a relationship at all, she said, “I’m not. I’m truly focusing on my career. If it comes it comes.”

Of her career aspirations, she commented once again on why she dropped her last name in her modeling attempts. She said, “I’m not trying to use a family name or anything. In reality I worked pretty hard for this. It wasn’t like I just got it magically and it just happened.”

I am pretty sure that Kendall Jenner wouldn’t have gotten as far as she would if her last name had been anything other than what it is. She is famous because of her family name and just because she dropped it from the modeling agency doesn’t make it any less real. She needs to stop living in a fantasy world because everybody and their mother knows who she is.