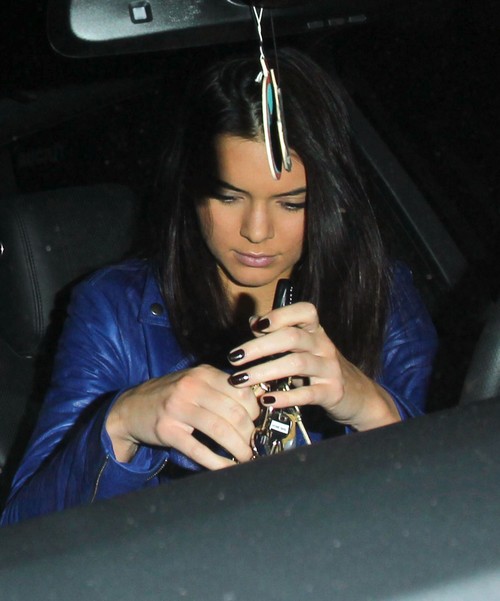 Justin Bieber and Selena Gomez are still going full melt into their twisted love affair, but they’ve now dragged Kendall Jenner into it. Actually, ‘dragged’ is probably the wrong word. Willingly pulled along might be more accurate. From what we’re hearing [via Radar Online], even though Kendall Jenner and Justin Bieber have actually NOT had an affair, Selena Gomez is still insecure about how close they are, not a classic love triangle.

Ah, the woes of teenage jealousy. To be fair, Selena Gomez absolutely has reason to be jealous, considering that Justin Bieber has cheated in the past, and with Instagram models, no less. Plus, it’s not like Justin’s staying at home, crying, and working on his music every time he and Selena break up. While that may be what Selena does, Justin usually goes out, parties, gets drunk, and hooks up with whoever’s closest to him. So really, you can’t blame Selena Gomez for being insecure about her relationship with that twat, even though I’m still not sure why she stays with him when she has significantly better options elsewhere. But I’m sorry, the ‘heart wants what it wants’. #Lame.

Anyway, a source tells Radar Online, “Despite the fact that people assume Justin and Kendall have hooked up, they have not. They are legit best friends and Selena knows this. Selena initially thought that they were having an affair and told Justin to stay away from her. She eventually realized that was not going to happen though.”

Yeah, why would Justin Bieber listen to his on-again/off-again girlfriend about anything? It’s become fairly clear that he doesn’t give a rat’s ass about her, and now it’s just time for to figure that out for herself.

To make matters even worse Kendall is acting like a false friend to Selena and telling all her friends that Justin never loved Selena! OK! reports: “Kendall couldn’t care less about Selena, and is telling all of their mutual friends that Justin never loved her.” This isn’t the first time Kendall has bad-mouthed Selena – perhaps Ms. Gomez should grow a brain and stay away from both the Kardashian-Jenner axis of evil and Justin Bieber?

What do you guys think? Will Kendall Jenner drive a permanent wedge between Justin Bieber and Selena Gomez? One can only hope.