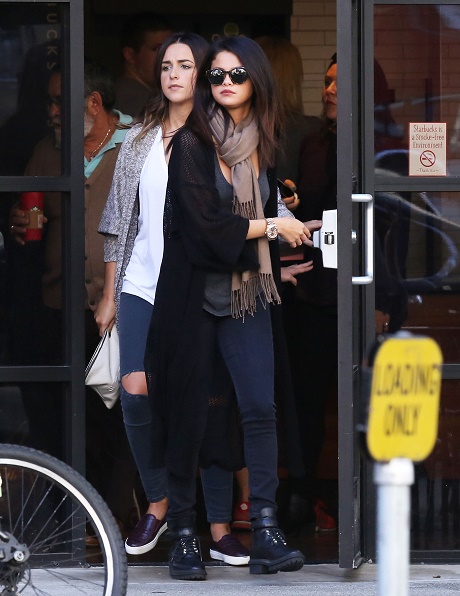 Selena Gomez’s family has gotten sick and tired of her never-ending relationship with Justin Bieber, and you can’t really blame them for that. For one thing, they have every right to be pissed, considering that she’s making such stupid decisions with her life. Of course, Selena is also her family’s bread and butter, and I’m sure they’re angry that she’s throwing that all away for some idiot.

We already know how Selena’s friends feel about this, of course. Taylor Swift has made her feelings about Justin Bieber very clear, and have you guys noticed how Selena’s other ‘friends’ have slowly disassociated with her after her relationship with Justin started hitting the tabloids? Selena Gomez’s friends are now all of Justin Bieber’s friends, and without her real friends or family by her side, it’s no wonder that she keeps getting sucked back into Justin’s world.

We’re hearing from sources that Selena is trying hard to resurrect her dying career, but nobody wants to work with her with so much focus on her private life. They’re worried that her fan base is slowly dwindling after the news of her behavior got out last year, and considering that her fan base is mostly tween girls, it’s no wonder their parents don’t want their children listening to a singer with this much drug and alcohol talk surrounding her.

Plus, we’re also hearing that Selena’s family has basically cut off contact with Selena, hoping against hope that she’ll come to her senses and choose family over Justin Bieber. But for some reason, Justin seems to have an intoxicating hold on Selena, and so on and on their rigmarole continues.