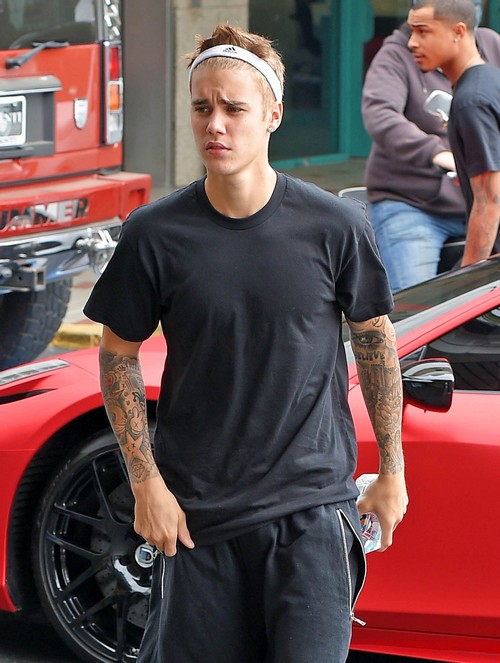 We’ve already established that Selena Gomez has extremely strong blinders when it comes to her relationship with Justin Bieber, especially since she just refuses to break up with him. Justin Bieber cheating on her with a harem of bimbos and models? No problem. Justin getting her in trouble and getting her back into drugs? No problem. Justin coming in between her and her family and friends? Again, no problem. There’s no line that she’s not willing to cross for Justin Bieber, and not cross she isn’t willing to bear, and this latest report proves that. Now Selena wants marriage with Justin? She actually thinks that being engaged with stop douche boy from cheating?

According to In Touch Weekly, Selena has grown sick and tired of Justin’s shenanigans, and has given him a marriage ultimatum. A ‘source’ tells In Touch, “Selena is so sick of him flirting with other women. She’s not joking around when it comes to wanting him to make a commitment. The only way she’ll get back together with Justin is if he puts a ring on it.”

You know what? I totally would not be surprised to see Justin Bieber actually ‘put a ring on it’, if only to keep Selena around. Think about it – a Selena Gomez/Justin Bieber engagement? It would be publicity gold for both of them, even if their public images would continue to drain down the toilet. What does that matter though, when it’s #TrueLoveForever, which is undoubtedly what Selena Gomez keeps telling herself.

Justin Bieber hops out of his red sports car to enjoy a workout at a gym in West Hollywood, California on October 14, 2014. Rumor has it that Justin is back to hooking up with his former fling, model Ashley Moore, after yet again another split with Selena Gomez. FameFlynet

Justin Bieber hangs out with some fans while out and about in Beverly Hills, California on October 17, 2014. Rumor has it that Justin is back to hooking up with his former fling, model Ashley Moore, but he might have been trying to find a new fling among his fans