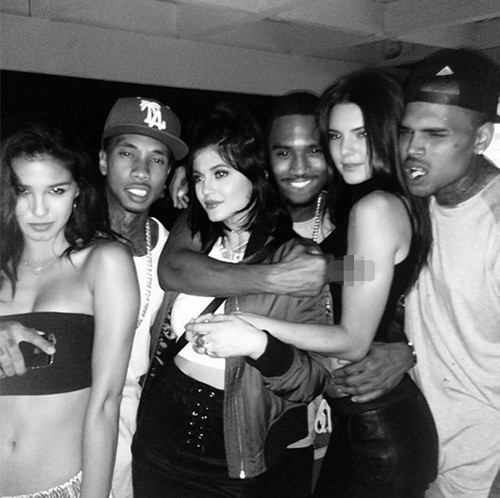 While most 16-year-olds are relishing their new independence as they begin driving, hanging out with friends, and navigating their way through high school relationships friendships, Kylie and Kendall Jenner spend the majority of their days and nights taking endless selfies, showing up at the most paparazzi-laden spots only to act as though they are bothered by the attention, partying in 21-and-over clubs, and let’s not forget… attending house parties with the likes of convicted criminal Chris Brown among other rappers.

While Kendall has moved into adulthood (legally, anyway) as she is now 18, Kylie is only 16 years old and running with a very adult group of thuggish rappers and their hangers-on. It seems Kris Jenner, the girls’ mom from hell, continues to turn a blind eye to the violent men her daughters seem to flock to. Kris has no problem with the girls dating bad boys. In fact, she thinks it is great for publicity. Case in point, Khloe Kardashian took photos with boyfriend French Montana where she and her rapper beau were glorifying alcohol and guns as they both desperately try to get the “I’m so bad-ass” look down to perfection; Khloe drinking champagne from the bottle and French holding a machine gun. If a mother has no problem with something like that, surely she could care less that her two youngest children are simply hanging with Chris Brown and company. Rumors have been swirling lately that Chris has some gang ties as he’s been posting photos holding up gang signs and hinting an affiliation between himself and dangerous gang out of Compton. 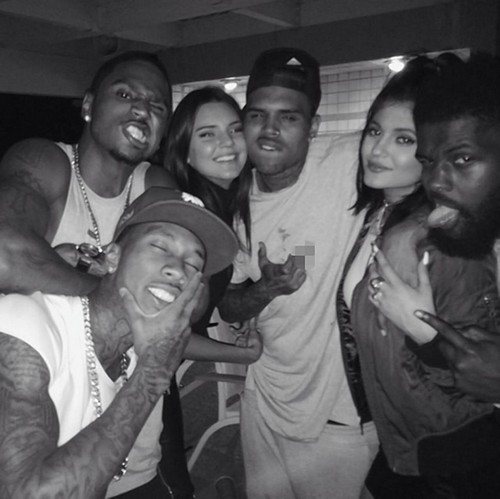 Seriously, does Kris live in such a bubble that she doesn’t know what happens to little girls like Kendall and Kylie when left on their own in these dangerous environments? Given that Chris was convicted of beating up his ex-girlfriend, Rihanna, most mothers would have taken every precautionary measure to keep her daughter(s) away from such a guy. Surely, if Chris Brown was not famous, she would have pulled that plug long ago. And if French Montana was just Karim Kharbouch working as a car salesman or something of that sort, Kris would have forced a break-up long ago. As long as these bad boys are helping to get her daughters in the spotlight, she could care less about any harm they may be bringing upon them, or their impressionable followers who see every gory picture and comment from the girls.

So, we have to wonder where Kris happened to be (besides in a drunken stupor) when her daughter Kendall was being fondled by Trey Songz, 29, and Kylie was busy perfecting her ever-growing pout while posing with several adult men. Honestly, these two really never had a chance. With their older siblings and pathetic mother as role models, what else could we expect?

What do you think CDLers?? Normal teenage stuff or over-the-line? 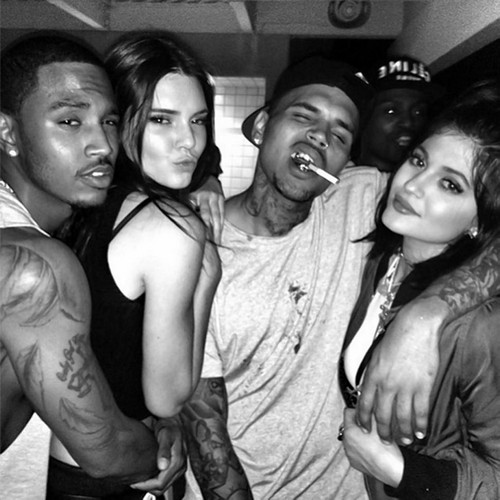