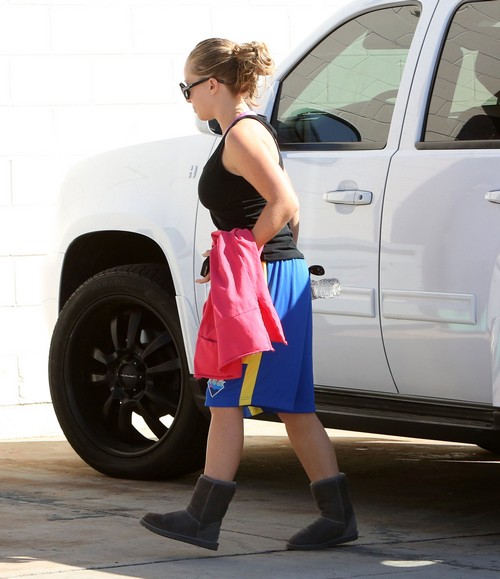 Well, we knew this was coming from the moment Kendra Wilkinson kicked out cheating hubby Hank Baskett after he was accused of having an affair with transsexual model Ava London. That separation lasted only a few days, but just enough time to get the media into a frenzy about the state of the Kendra on Top couple’s marriage. Of course, Kendra ultimately decided to stay with her husband Hank, knowing that without him, the show won’t go on. And that show… is Kendra’s bread and butter and likely her last shot at any type of career whatsoever given her only credit was being one of Hugh Hefner’s three girlfriends.

Now, in addition to keeping her Kendra on Top reality series going, E! News reports that the desperate couple will now bank on their marriage crisis even more by starring on Marriage Boot Camp. CDL recently reported that Kendra decided to remain with Hank, sharing that she wasn’t completely certain that Hank cheated. Apparently, Hank is still denying the affair, and Kendra is thick enough to believe him. Well, I think it may be safe to say that Kendra does in fact know her hubby cheated, but decidedly needs a paycheck more than her dignity. Likely she was scouting prospects Marriage Boot Camp and Couples Therapy moments after the news of Hank’s infidelity. Celebuzz shared some more of Kendra’s pathetic insights about the institution of marriage when she spilled in a recent interview that she’d be “dumb to divorce him right now and see him with another girl. I mean, come on.  He treats me like a queen!” Perfect for Hank…he has a queen at home, and one on the side. Brilliant, Kendra!

Her comments are even more troubling given that Radar Online reported results of a polygraph test taken by Ava London, proving that she was telling the truth about her affair with Hank. Not that ANYONE besides Kendra had any doubt. So, for anyone still interested in these two played-out attention seekers, be sure to tune in to the upcoming season of Marriage Boot Camp.

Tell us CDLers…are you over these two? Do you have any compassion for Kendra?