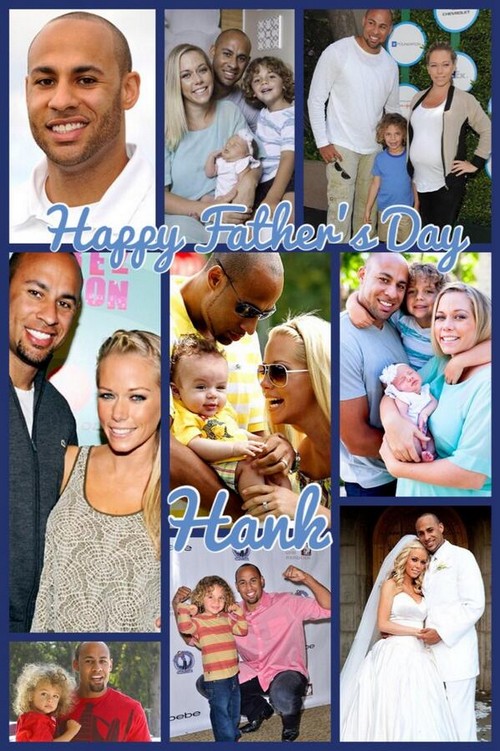 Multiple sources have reported that Hank Baskett, Kendra Wilkinson’s hubby of five years, abruptly left the Calabasas home they share and headed to a motel on Friday after an explosive fight. With a young son, Hank Jr. and newborn baby, Alijah, the couple sure has their hands full. It seems, however, that Hank may have had his hands full with something else!

After Gina’s tease, many are now speculating that the reality star is Kendra Wilkinson, the sports star is Hank, and the transsexual model is still unknown but likely not for long. Could this scandal have gotten back to Kendra and be the reason for the couple’s explosive fight that led to Hank abruptly leaving his family and home behind? RadarOnline.com reported that Hank left his family’s gated community around 4PM on Friday, heading to a local motel with possibly one of the couple’s baby nurses where he “appeared disoriented and downtrodden.”

We’ll be following this story and will keep all of our CDLers informed as this scandal continues to unfold! In the meantime, tell us what you think below! Did Hank have secret liaisons with a transsexual while Kendra was carrying his child? Weigh in below.

UPDATE: Hank and Kendra were back together for a child’s birthday party Saturday afternoon – all reports however claim that the couple looked stressed and angry – no doubt this was a forced get-together and the underlying fighting and rumors have not been resolved. Stay with CDL and we will wet you know exactly how this trouble in the marriage works out.

***Editor’s Note 6/24/14: It was originally stated that Gina leaked the news to the aforementioned site; however, it’s been confirmed that Gina merely represented these models once the news was released (after the fact) and in no way played a role in the information’s release. This has been corrected.