Kendra Wilkinson Prepared To Milk Hank Baskett Cheating Scandal For All It’s Worth – Bring On The Publicity! 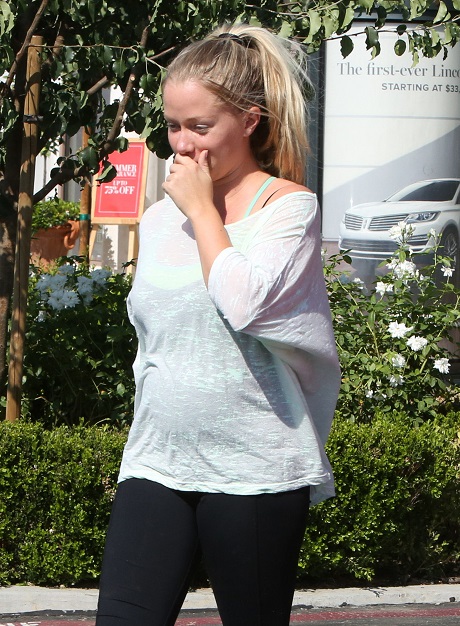 What have we been saying for months now? There is no way that Kendra Wilkinson will divorce hubby Hank Baskett, even after his affair went public. She has too much to lose if she divorces him, not to mention that it will prevent her from monetizing and capitalizing on the affair.

New reports suggest that Kendra has moved on from being angry, and now she’s just looking to gain some well-deserved publicity from the affair. Of course, we’re saying that she was never angry, that she always knew about his long list of affairs, and she’s only pretending to be betrayed now because that’s what the public expects from her. She can’t hardly admit that she knew about this all along, can she? That wouldn’t make her a very sympathetic figure to the public, and if she truly wants to capitalize on this affair, then she needs to act the part of a jilted wife.

Sources close to the couple even stated, “Kendra’s a really smart girl. She knows how the business works and she knows how to make lemonade out of lemons.”

The sources also add that, despite everything else, Kendra is putting her kids above anything else. Basically, this is all just a precursor to saying that Kendra is going to stay with Hank. Again, it’s not like she has many options, right? If she wants to ‘capitalize’ on this drama, then she has to stay with Hank. She can’t divorce him because even though that would net her some intense media coverage over the following months, the public would lose interest fast. No, she has to play the long game, and for that, she and Hank have to stick together – at least in the public.