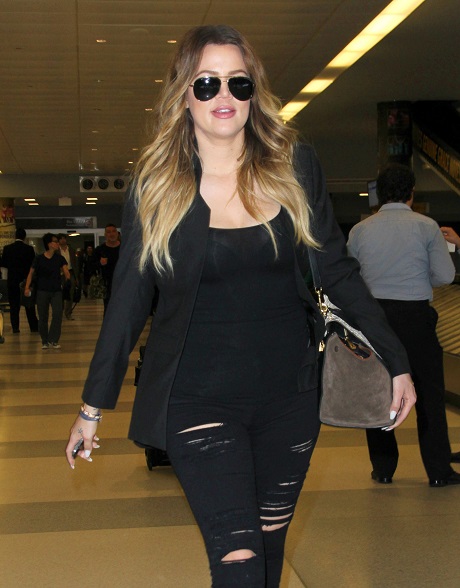 Khloe Kardashian moved on from Lamar Odom quicker than a clown moves on from terrorizing sad children. The reality television sisters have a way with men — they’re like Harpees but with more ass than sass. The soul eating Khloe transcended from the Hollywood heavens and attended the MTV Africa Music Awards in Durban, South Africa (my home country) with her new beau, French Montana.

Okay. Stop the ho bus. French Montana? Let’s look at that name again and this time in capital letters: FRENCH MONTANA
What in the name of Tequila is this? Did Miley Cyrus forget to take her pills again?

Khloe and Montana were “featured” in what is called “an adorable video” at the MTV Awards. Kardashian’s makeup artist, Rob Scheppy (where do these people come from?), filmed the two doing a “cute little dance routine”. WTactualF? YouTube cats do “cute dance routines” and “adorable videos”.

In the video, the horrific Harpee leans in to kiss Montana, but “it cuts out right before they appear to lean in for a little more than a peck.” Thank goodness for that! Listerine eye drops cause permanent damage.

Peppy Scheppy The Makeup Man wrote about this little video of horrors: “A film by moi for my @khloekardashian@frenchmontana MTV Awards Durban.”

A remarkably thin and almost unrecognizable Khloe took a selfie and posted it on her own page. Her Botox-pout, accentuated by a slight smile, eerily resembles a Days of Our Lives villain from the early 90s. (Watch out Marlena!). She wrote: “A little Lanvin never hurt anyone glam by@robscheppy.”

We have to admit that Khloe’s new curvaceous look is absolutely stunning. Khloe 2.0. looks much happier sans-Odom, but then again, wouldn’t we all look happier if we dated someone named French Montama?