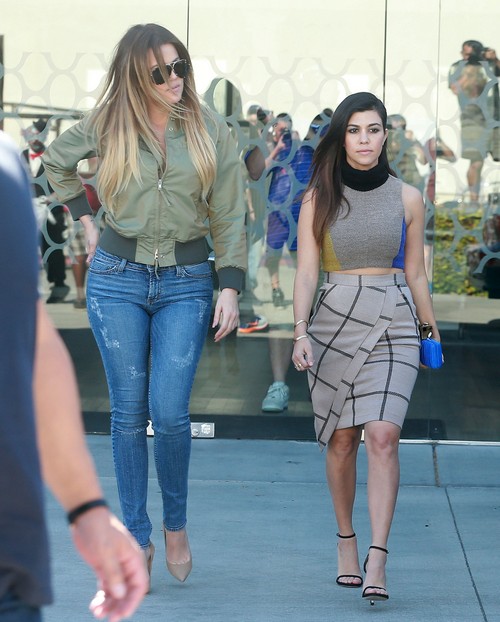 I think someone needs to sit Khloe Kardashian down and have a really long chat with her about her taste in men and her disrespect towards other women. While her marriage to Lamar Odom seemed like the real deal at first and she then managed to conjure up all sorts of sympathy when it became common knowledge that he was a cheating crackhead, I think we all kind of expected her to choose her men a little more carefully, right? Well, apparently Khloe really does have a type, she prefers her men to have addiction issues and a violent streak.

First Khloe was seen getting close to The Game, a popular rapper who was just in court for busting his ex-fiance’s face in a fight that went down in front of the couple’s kids and now she has moved onto French Montana, yet another bad boy rapper. This guy comes with an estranged wife and an estranged girlfriend that only a fool would mess with. Montana’s wife warned Khloe to run because this guy is nothing but trouble and his main squeeze, Trina (yet another rapper) found out that her man and Khloe were hooking up after seeing video of them together at a strip club. According to Trina, Montana has been living with her in New Jersey and headed out to L.A. To record- then she saw proof of his time well spent with Khloe.

Here’s the thing. Not only has she hand picked some of the roughest dudes around to run with but in both of these scenarios, Khloe is basically the other woman! Remember how devastated she supposedly was to hear from Lamar’s side chicks? Yet somehow now, a few months later Khloe seems to have no problem at all actually BEING that side chick! What’s up with that and how come no one else is pointing out that she has played a part in busting up not one but two relationships in recent months? Tell us your thoughts in the comments below!