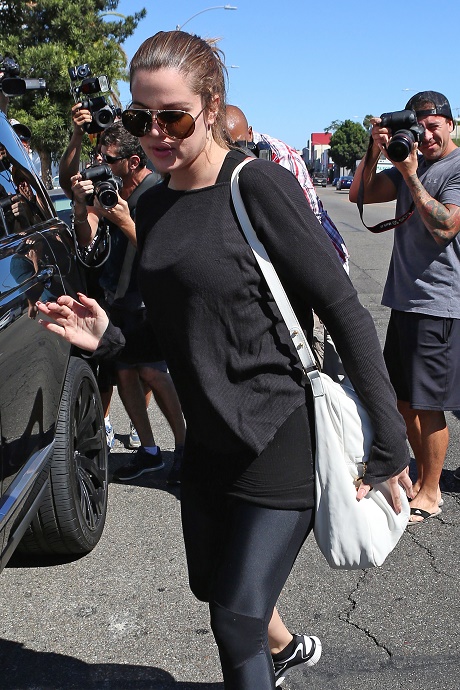 Khloe Kardashian has a tough decision to make, between cheating drug addict Lamar Odom and philandering dickwad French Montana. I mean, how do you choose between crap and crappier? I guess you would go with crap, which is exactly what Khloe is doing.

According to reports, French Montana is trying desperately to win Khloe Kardashian back, but right now, Lamar Odom is prevailing. Lamar waited and waited for French to mess up, and eventually, his patience was rewarded. French reportedly got too clingy and/or cheated on Khloe with a string of random women, and Khloe dumped his ass. She probably also realized that French was just trying to use her for her money and fame, although that certainly took long enough.

Lamar Odom is now trying to convince Khloe that he’s a reformed man, and that he would never treat her the way that French treated her. Except wait, he TOTALLY already did that! Lamar already cheated on Khloe with dozens of women, not to mention ruining their marriage with his addictions and his philandering ways.

For whatever reason, Khloe is seriously considering getting back together with him, but I’m thinking she’s just blinded by how horrible French was. She probably thinks that anyone would be better than French, but she must have forgotten what Lamar put her through.

What do you guys think of Khloe and Lamar getting back together? Let us know your thoughts in the comments below. What do you think about the Khloe Kardashian Boyfriend Situation of 2014?