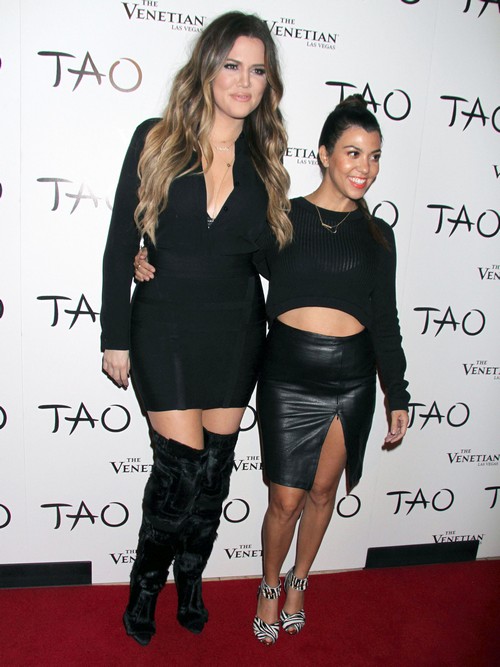 Khloe Kardashian has always looked… different from the rest of her family, right? She’s much lighter, she’s got a totally different build, and even her facial features are sharper. We know that Kris Jenner is the mother of all the Kardashian kids because she gave birth to them. But the question of who is their father is certainly an issue since Kris is a self-admitted slut who cheated on her late husband Robert Kardashian.

We’ve reported on this topic pretty extensively, but we’ve been getting more and more people weighing in recently about Khloe’s parentage. According to several previous reports, sources close to Khloe allege that her biological father is NOT Robert Kardashian, but actually a man named Alex Roldan.

For those who don’t know, Kris Jenner reportedly had an affair with Alex years and years ago, which is one of the many good reasons that Robert Kardashian threw her out and divorced her ass. And by the time that Khloe had grown up and started to notice the difference in her appearance from her sisters, it was already common knowledge among the adults, including Ellen Kardashian, Robert’s wife, that Khloe was not Rob’s kid. In fact, several Kardashian insiders even gave interviews to tabloids about their take on the situation, confirming that Robert always knew that Khloe was not his daughter.

Besides, we know that Kris supposedly had the affair with Alex around the time that Khloe was conceived, so the timing definitely matches. And even though Khloe has chosen to publicly ignore her true parentage for all these years, she reportedly re-initiated contact with her biological father in the wake of her divorce from Lamar Odom. She couldn’t turn to her family for help, so she turned to Alex – and even if they’ll never have the traditional father-daughter relationship that she had with Robert, they’ve at least established a modicum of friendliness and support. But will that respect last, especially with Kris constantly interfering in her daughters’ lives and relationships?