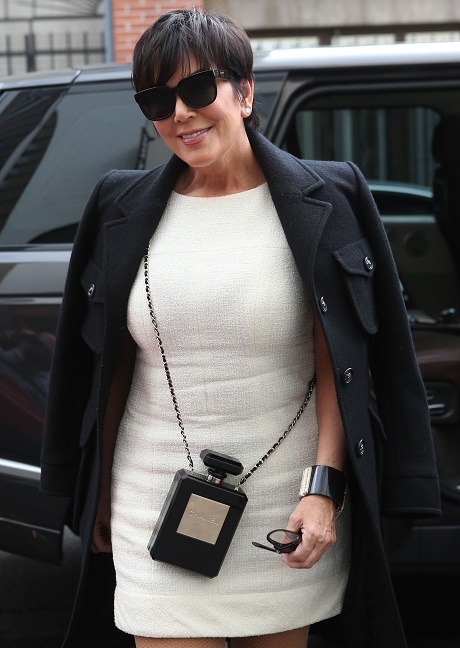 Kris Jenner is a pathological liar, so it’s already difficult to believe any word out of her mouth. However, Kris’ continued insistence on the fact that Robert Kardashian Sr. was Khloe Kardashian’s biological father is hilarious. There is a literal mountain of evidence that says otherwise, not least that Kris Jenner most definitely had an affair with Alex Roldan around the time that she became pregnant with Khloe Kardashian.

Kris and Robert Kardashian Sr. were already estranged at that point, regardless of whether they got together later or not. As such, it was not only physically impossible for Robert to be Khloe’s father, but the guy even ADMITTED it to his close friends. Robert understood and accepted that Khloe wasn’t his biological daughter, but he loved and agreed to raise her as his own daughter. Excerpts from his diary confirm this, and Khloe’s own physical appearance also confirms it.

Out of all the Kardashian sisters, Khloe [and perhaps Kendall Jenner] are the only ones who don’t have the same puffy Kardashian features. Khloe’s complexion is lighter, her features are softer, and she basically resembles Alex Roldan a hell of a lot more than she resembles Robert Kardahsian Sr.

Plus, Kris refuses to have Khloe take a DNA test, so really, why should we believe her? Sure, one could ostensibly claim that Kris Jenner doesn’t want the media scrutiny that will come along with a DNA test, but in this case, we know that’s not true – the Kardashians all love their publicity. So if it’s not the threat of public scrutiny, why else would Kris Jenner be so frightened of having Khloe take a test – even decades after her alleged affair with Alex Roldan?

Also, this whole thing was brought up via Kris’ interview on Beyond Candid with Giuliana, where Kris jokingly tried to diffuse the Alex Roldan affair rumors by claiming, “Khloé came out and she looked exactly like Robert’s mom.” Yes, because babies actually resemble parents and grandparents when they come out covered in blood and placenta. Sure, Kris, sure. You keep telling yourself whatever you want, but the public’s over your schtick by now.