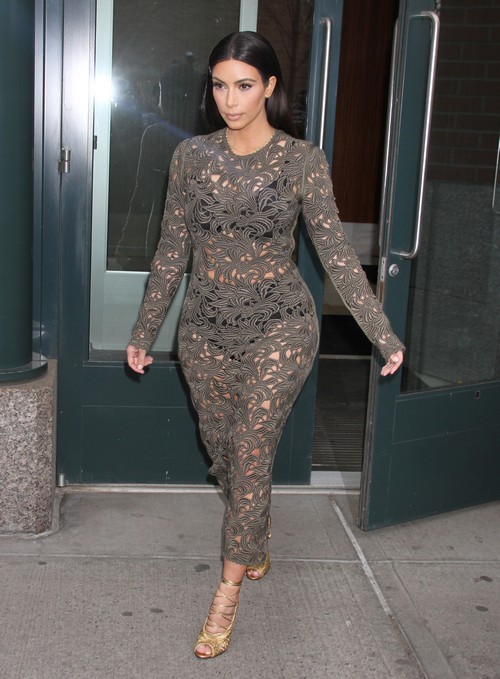 Is there a rapper out there that Kim Kardashian hasn’t slept with? Just last month her sister Khloe’s hook-up buddy The Game revealed that he had slept with Kim Kardashian. A few weeks later Ray-J released a sex-tape spoof with Joan Rivers to remind America that “he hit it first.” And, just in case you forgot Kim Kardashian used to hook up with Chris Brown, he allegedly met with the wife-to-be before he was thrown in jail, and started some serious drama between Kanye and Kim.

Chris Brown met with Kim Kardashian recently to discuss his upcoming album, and a few merchandising and promotional gimmicks he had in store for fans. We still aren’t entirely sure why he had to speak to Kim about his business plans, but regardless there were supposedly “sparks” between the two of them. And, Kanye flipped his lid. Of course he did. We all know West has some serious anger issues. Perhaps Kim’s recent meeting with her ex Chris Brown is what fueled Kanye’s sudden infatuation with Pia Mia, it sounds to me like the soon to be married couple is just playing a game of “tit for tat.”

How long does anyone really expect Kanye and Kim’s relationship to last? Especially when every single celebrity that slept with Kim Kardashian likes to throw it in Kanye’s face about once a month. Kanye has become the laughing stock of the rap world, who marries a woman that has slept with half the artists you know and is infamously referred to in songs as a “homie hopper.”