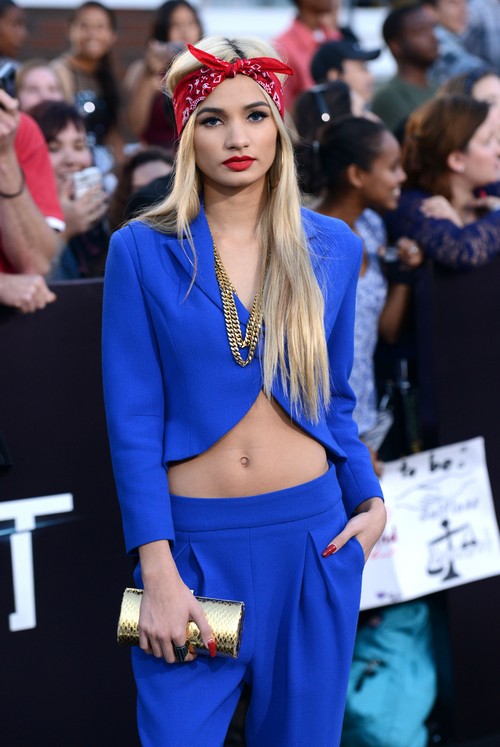 Just on the heels of Kimye’s Vogue cover, there’s now a report from Radar Online alleging that Kim Kardashian is getting worried about Kanye West’s relationship with his young protege, Pia Mia. Considering that her relationship with Kanye is pretty much the only thing keeping her relevant at this point, I can understand Kim’s worry. She wouldn’t want to lose her ticket to fame so quickly, especially not before their ridiculously over-the-top wedding takes place.

Kanye and Pia Mia have been working together for the past few months now, and a source tells Radar, “Kanye is producing some tracks for her and he’s quite involved. He believes she could be the next Rihanna.”

Pia’s very young and Kanye has reportedly convinced everyone that their relationship is purely business-based, but it has still been raising eyebrows. A source who supposedly worked with Pia on a shoot earlier this month tells Radar, “Kanye called her and the conversation sounded kind of flirty and romantic. It could be that they are just good friends but it was definitely more than just a professional call.”

And now that Kanye has taken to consulting with Pia on his other creative projects, including music and design, Kim is starting to get jealous. She’s worried that Kanye is starting to rely on Pia too much, rather than his own fiance.

Um, I don’t know how to say this without sounding harsh, but Kim has absolutely no legitimate talent concerning music and/or design – so why would Kanye turn to her for help? She’s his fiance, not his business partner. Plus, Kim’s still riding high on that Vogue cover, and I doubt she cares about anything else right now.