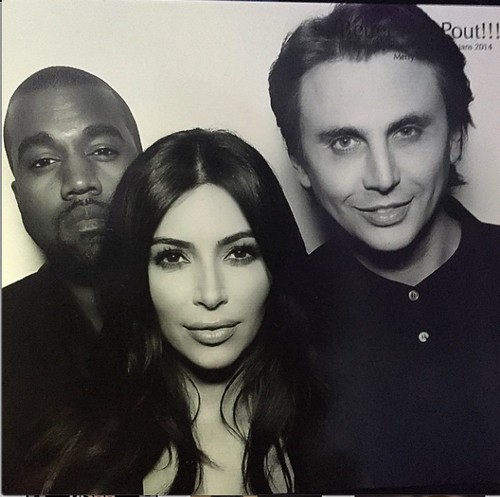 Divorce Court for Kim Kardashian and Kanye West with a huge custody battle over North West? We’ve Got the Story! CDL has been keeping our loyal CDLers up to date on the latest problems in Kim Kardashian and Kanye West’s marriage and looming split. This week, In Touch Weekly is reporting the two are headed to divorce court. And while a certain website who ‘patrols’ tabloid reports only to dispute them based on comments from PR reps may be downplaying the divorce chatter, remember that they are basing their take on the words of Kim and Kanye’s reps. You know, the same reps who still claim that Kim doesn’t enhance her bottom, that sister Kylie Jenner’s lips only look bigger because of lipliner… need we go on?

The signs of a breakdown in marriage have been evident for months. One of the most obvious was Kim’s deliberate oversight in not using “West” as part of her last name on the Paper magazine cover. Equally alarming was the fact that Kim Kardashian and Kanye West were not attending events together, choosing to spend time with others rather than each other, such as at Kim’s big Paper cover party, that was in her honor, at Art Basel. She attended with bestie Jonathan Cheban, while Kanye was at a red carpet event to support friend Chris Rock at his movie premier.

Kanye also attended a family birthday party without Kim and daughter North West. Couple that distance with the constant battles about career, family, and the fact that Kanye spends most of his time in Paris, and you have the makings of a marriage that is hanging on by a thread. And while the two have not yet officially filed for divorce, Kim does have fears that there will be a major battle over custody of daughter North. Kanye has a lot of dirt on Kim and could easily bring that out if the battle gets ugly. A divorce court battle is a very strong possibility in the near future, but Kanye’s still holding on hoping for a reconciliation while Kim Kardashian is simply waiting for the right time to pull the plug.

So, while the ‘cops’ who patrol reports base their stance on responses from PR reps, CDL takes all the facts into consideration to bring CDLers the real story.