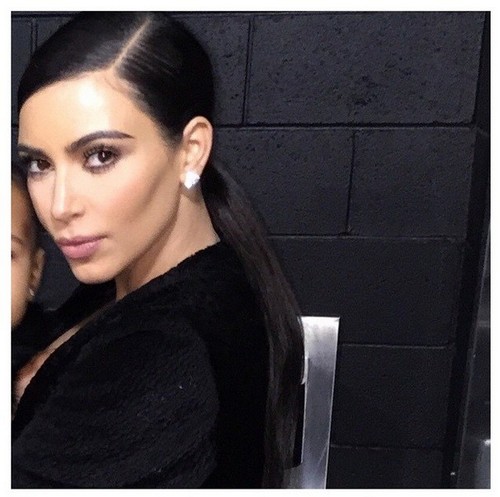 Kim Kardashian and Kanye West are bound for divorce since they clearly can no longer stand to be together. If you blinked you may have missed Kanye West’s short-lived presence this weekend where he momentarily sat with wife Kim Kardashian and daughter North West as they watched Disney on Ice with Kim’s family and friends in tow. And while many media outlets are reporting Kim Kardashian was humiliated and angry over Kanye West not staying at the event, choosing work over family time, they couldn’t have it more wrong!

CDL has been bringing you all the latest on the self-absorbed couple as they inch closer almost daily to divorce, and we can tell you that Kim was indeed upset, but not because she missed her hot-tempered hubby. Kim Kardashian has been quite content on her own, and since she can barely stand being around Kanye West, she is fine with him packing up and heading out any time. What bothers Kim, however, is for the public to see her hubby’s missing-in-action status because she feels it makes HER look bad! Kim could care less if she saw Kanye only twice a year. The problem is, she does want him around for family and celebrity events so people see that he is by her side. She feels that when people see they are not together at events, it is assumed that Kanye dropped her for more important things and she feels it makes her look bad.

Pictures from the show surfaced showing Kanye ignoring Kim as he was eating nachos.  Only one or two photos with Kanye next to Kim surfaced, the rest were Kim and North alongside her friends and family. Kim told Kanye he had to show up at the event because she was tired of sounding like the victim who was dumped by him. She knew there’d be photos and told him he needed to be there. Kanye made the peace by showing up, but quickly ditched his family for “work.” Kim left early as well, but for reasons other than are being reported. Media outlets are claiming Kim left early because she was so upset that Kanye didn’t stay with her at the event. Not the case, guys.

Kim was completely bored at the show after about 15 minutes and is not used to having North to take care of all by herself. She also had sister Kourtney’s son Mason and daughter Penelope along. Kids are not Kim’s “thing.” She is good for about 15 to 20 minutes, and then she is ready to do something that does not involve kids.  When she is with North or Kourtney’s kids, she is completely involved with them for no more than 20 minutes. She gets bored and is either on her phone, talking with friends, or planning what she is doing next. Though her attention span is quite low, the attention span of the kids is even lower…so when they get bored or start to cry, she isn’t sure how to handle them. Remember, people, we are talking about one of the most self-absorbed people on the planet. Enough so that she cropped North out of a picture taken after the show. While Kim tried to claim North’s eyes were closed and she like the way SHE looked, are we really buying it? We’d love to challenge Kim to show the full picture. As you can see the corner of North’s eye, it doesn’t look shut to me. And…would anyone really mind if one of her daughter’s eyes was shut?

More proof that Kim loves Kim more than anyone else and Kanye loves Kanye more than anyone else, and poor North is just the sometimes-photo op in their lives. These two are both too determined to get their way and are way over one another to stay together much longer. Stay tuned, CDLers, because you know there will be even more divorce rumblings coming! 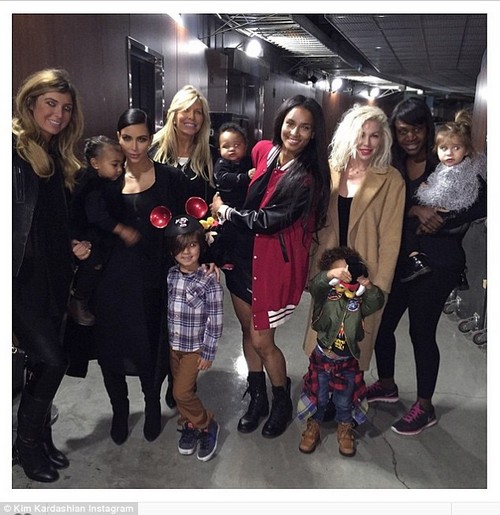