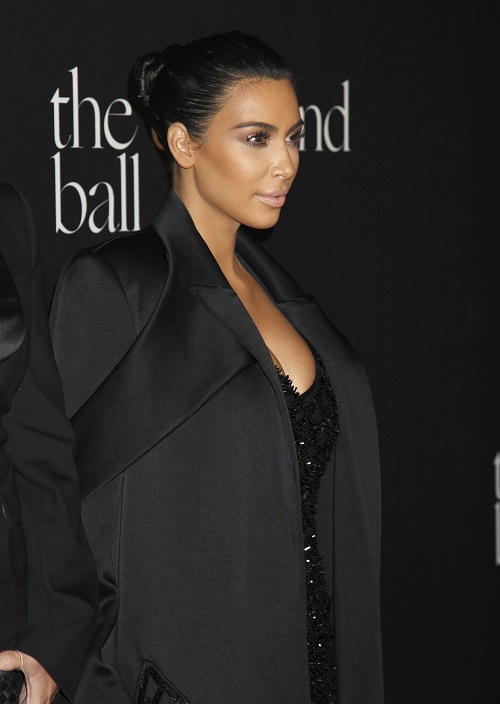 Kim Kardashian and Kanye West have so far not proved to be stellar parents to little North West, even though they’re trying everything in their power to change that public perception. Unfortunately, it’s going to take a little more than family photo-ops and social media statuses to change the public’s view of them as shitty parents, especially if reports like this keep coming out.

According to Star Magazine’s latest report, Kim Kardashian and Kanye West are fighting over Kim’s lack of time with North West. Kanye is reportedly ‘concerned’ that Kim isn’t spending enough time with North, whereas Kim is upset that Kanye’s schedule is so busy. Ha – look at the pot calling the kettle black. Kanye is ‘concerned’ about Kim not spending time with their daughter? Well, at least she spends more time with North than he does!

When Kanye isn’t busy dragging his family across the world during important holidays, he’s making them stay at hotels while he goes and has Thanksgiving dinner with his boyfriends in Paris. Should he be ‘concerned’ about that as well? Sure, he’ll upload a picture the next day, showing him cuddling with North or posing with Kim outside of their hotel. But does any of that really make a difference when North still looks confused and terrified in every picture with both of her parents? While Kim may be making more of an effort to know her little daughter – especially after the backlash she faced last year – I still don’t think North is too fond her parents… or she just can’t help but look confused in front of the camera.

Anyway, recent reports have been claiming that Kim is secretly seeking out a divorce lawyer in LA to start divorce proceedings. Sources say that Kim hasn’t been happy with Kanye for a while, but she tried to make it work for the sake of her daughter. And when Kim Kardashian, famewhore extraordinaire, can’t make it work because her husband is too controlling, you know shit’s getting real.