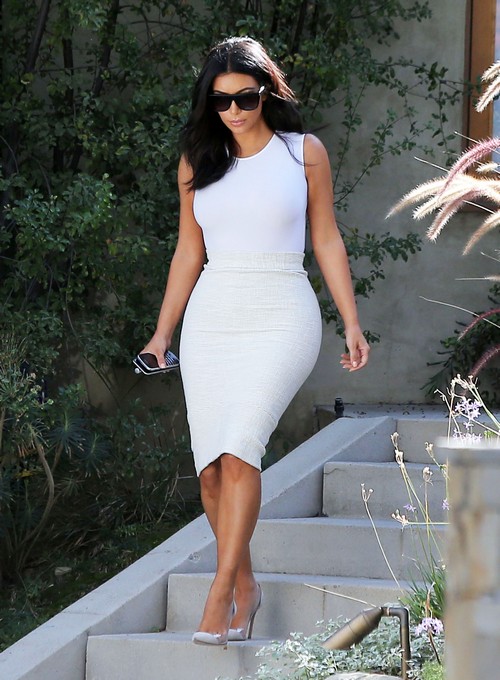 Life & Style’s source even claims, “Their relationship is so poisonous, they recently stopped speaking to each other for a shocking six weeks. Things have gotten so bad, they hate to be in the same room.”

So what’s the cause of this impenetrable rift? Apparently, this Khloe Kardashian/Kim Kardashian feud is all because of the men in their lives. Khloe reportedly thinks that Kanye West has turned Kim into a diva, whereas Kim is upset that Khloe is spending time with Lamar Odom again.

Ok, if Khloe actually believes that Kanye West is responsible for turning her sister into a diva, she never knew Kim at all. If anything, Kim Kardashian’s diva antics have toned down significantly since she started dating Kanye, probably because nobody can out-diva Kanye West. And Kim being angry at Khloe getting back together with Lamar? Jeez, has Kim seen her list of ex-boyfriends and ex-husbands? At least Khloe had the commitment to try to make her marriage work, even through insurmountable odds, cheating scandals, drugs, and affairs. Kim, on the other hand, dumped Kris Humphries the minute that somebody better came along. The pot is calling the kettle black, and I’m completely on Khloe’s side in this little argument. However, I don’t think the situation is as dire as this report claims. Most of the Kardashians’ fights are made up for the camera, and I wouldn’t be shocked to see this little argument play on the next season of Keeping Up With the Kardashians – provided that there is a next season, of course.

Kim Kardashian is spotted leaving a friend’s house (not Khloe’s!) in Studio City, California on October 15, 2014. Kim, who turns 34 on October 20, recently announced she will celebrate her birthday at Tao nightclub in Las Vegas.