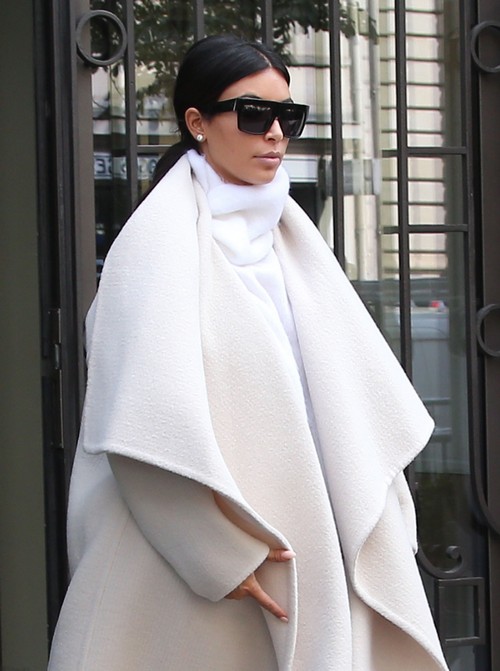 Kim Kardashian‘s pregnancy shenanigans have started again, while Kim is in Paris with North West and her father, and much to our dismay we hear Kim is already pregnant. This means that Kim’s going to start leaking her own pregnancy photos to the media and paparazzi, and generally trying to famewhore her way to landing on each week’s tabloid headlines. To be fair, the latest report comes from a noted Kardashian confidant, Jonathan Cheban – one of Kim’s BFFs.

The report claims that Cheban has leaked the news that Kim Kardashian is pregnant with her second child, which in turn was undoubtedly ‘leaked’ by her. There’s no way Jonathan Cheban is telling people that Kim is pregnant without her permission, and Kim’s been pretty open about the fact that she and Kanye West intend to have a second child soon.

In fact, it’s more than likely that Kanye West is forcing Kim Kardashian to get pregnant again, and her sole consolation is the amount of publicity she’s going to get for it. Hey, a famewhore’s gotta do what a famewhore’s gotta do. Luckily for Kim, the media and public is still fascinated with celebrity pregnancies, and sadly for us, Kim is still considered a ‘celebrity’. Using Kanye’s connection and her family’s prodigious skill at seeking attention, she has slowly climbed out of the D-list hellhole of her fellow reality stars, and now commands the sort of attention reserved for A-list film stars. It’s tragic, I know.

But that also means that if Kim leaks her pregnancy news, we relay it to you guys. Trust me, this is just the beginning. We’ll start getting ‘baby bump’ photos next, followed by is-she-pregnant-or-isn’t-she reports, and finally followed by a confirmation after several months of endless speculation.

Kim Kardashian in Paris – is she covering up a pregnant baby bump? Photo Credit: FameFlynet