Kim Kardashian Pregnant And Preparing To Get Dumped By Kanye West, The Man She’d Do Anything For? 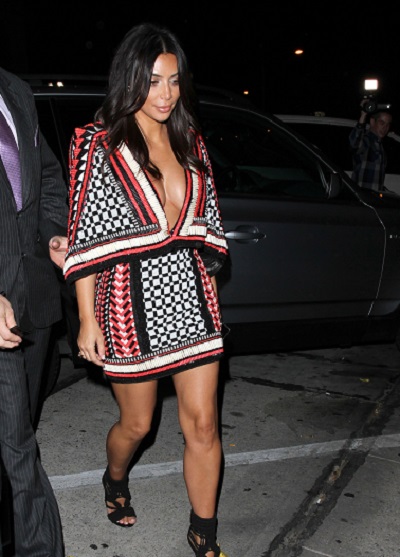 Kim Kardashian and Kanye West have inexplicably made it past the one year mark of their relationship, even though most people bet on their marriage lasting a few weeks, tops. Of course, they underestimated Kim’s desire to stay famous, and thus, keep Kanye happy. However, a new report from Life & Style magazine claims that Kim is on the verge of getting dumped by Kanye, even though she could be pregnant with their second child.

A source tells the magazine, “Kim is hesitant to admit to anything until three months in, but she’s dropping hints. At the same time, she and Kanye are arguing a lot about their future. The situation’s gotten so bad that insiders say a divorce is inevitable. But it isn’t easy for Kim to just walk away — not with a second child on the way.”

Uh-huh. I’m sure that the fame, attention, and money have nothing to do with Kim refusing to walk away from Kanye. Also, if Kim really was pregnant, she would be shouting about it from the roofs and leaking subtle [not really] ‘hints’ to the paparazzi.

There’s no way she would keep it secret, and also, there’s no way she’s been ‘arguing’ with Kanye. Doesn’t anyone realize that the only reason their relationship has lasted this long is because Kim literally agrees to do ANYTHING Kanye tells her to do? She’s not going to risk her future with Kanye by arguing with him on anything, especially with another kid on the way. To her, the happier she keeps Kanye, the longer her marriage to Kanye is guaranteed – and thus, her relevancy in the media.