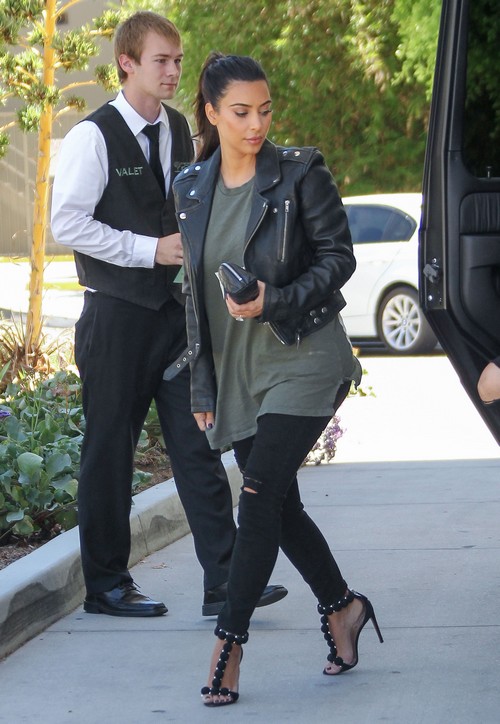 Has Kim Kardashian gotten herself knocked up again? Up until now, we’ve only been receiving cryptic messages from the Kardashian sources, not to mention tabloid reports, but we’d yet to hear anything from Kim herself. But now she’s taken to using Twitter to rant about her weight struggles, even though she was showing off her post-baby body before her wedding. And Kim definitely doesn’t seem like the type of woman to let her body go to waste after getting married, right?

She tweeted, “Do any of u moms see their bodies just not the same? a different shape? ughhhh my hips & butt are huge now! they were big to begin with!”

Yeah, that’s the understatement of the day. In addition to the aforementioned tweet, she also attributes her weight gain to getting lazy in the past few months, but would Kanye West really allow that? The guy is a perfectionist when it comes to everything in his life, and that includes Kim. We’ve already heard plenty about his controlling nature and his ridiculous requirements of his friends and wife, and having the perfect body’s probably on there. In that scenario, when would he have allowed Kim to gain weight? Only with a second pregnancy, obviously.

Several sources had been saying that Kim and Kanye were planning to have their second child pretty soon after their first child, and even though Kim didn’t seem enthusiastic for the idea, she agreed to it because she will do anything to please Kanye. And even if that means regaining her baby weight, so be it. She’ll just to take the paparazzi and media ridicule as compensation for her marriage not ending.