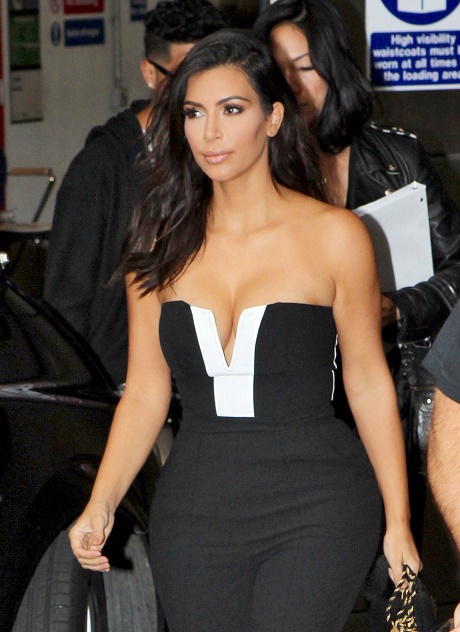 Well, it’s official, Kate Middleton is pregnant with baby number two. After months of speculation, the Palace released a formal press statement addressing Kate Middleton’s growing baby bump. According to the press release, “Their Royal Highnesses The Duke and Duchess of Cambridge are very pleased to announce that The Duchess of Cambridge is expecting their second child. The Queen and members of both families are delighted with the news.” So, the Royal Family is delighted and no doubt so are the legions of loyal Royal Family followers who read about their every movement in the press. Everyone is ecstatic…except for Kim Kardashian… who is NOT pregnant!

For those of you who don’t remember, Kate Middleton and Kim Kardashian were pregnant with their first children at the same time, and it was the race of the baby bumps. We’re sure Kim relished in the fact that she was being compared to The Duchess of Cambridge and sharing tabloid covers with her. Kim has mentioned multiple times on Keeping Up With The Kardashians that she can’t wait to have a second baby, and she planned to start trying as soon as she and Kanye West tied the knot, which they did months ago. But Kate Middleton beat her to the punch.

Kim was determined that she and Kanye would be the next super couple and they gathered a lot of momentum with Kim’s pregnancy, their extravagant wedding in Italy, and North’s birth along with their Vogue cover, and then they began drifting in to tabloid oblivion. A source close to the Kardashian Family reveals that Kim is miserable these days because the paparazzi buzz over her marriage to Kanye has died down.

The source goes on to explain, “The months building up to the wedding Kim and Kanye were the talk of the town, it really went to her head. She thought that when her wedding aired on KUWTK it would create a buzz, but it was completely over-shadowed because it aired the same time news broke that Brad and Angelina had married. And, to top it off she thought her one of a kind wedding dress would go down in history, and it didn’t hold a candle to Angelina’s designer dress with her children’s drawings embroidered on the veil.”

If Kim was that upset about Brad and Angelina’s wedding out-doing hers, we can only imagine how she feels now that Kate Middleton beat her to the second baby bump. All Kim has been talking about as of late is getting pregnant again, now if she reveals she is pregnant no one will care because Kate Middleton has stolen her baby bump shine.