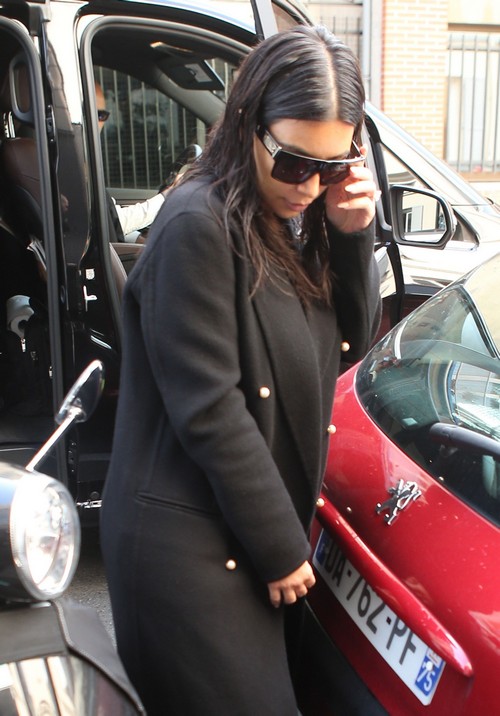 Kim Kardashian is getting pregnant, building a new nursery and thinking of what she’ll wear with her baby bump when her second child pregnancy with Kanye West is confirmed. No one is better at jumping the gun than Kim Kardashian, a skill she no doubt learned from her mother, famewhore extraordinaire Kris Jenner. Kim has been talking everyone’s ear off about her second pregnancy and coming baby bump, even though she hasn’t even confirmed that she is pregnant and Kanye West are expecting another child. Instead, she’s trying to leverage the media interest into sustained publicity, and as such, she’s only dangling bits and pieces of all the information in front of her fans. Sorry, did I say fans? I meant sycophants.

From an outsider point of view, it may look like Kim Kardashian and Kanye West are just playing their cards close to their chest. I mean, if Kim really was pregnant with her second child, you’d think that she and Kanye would want to keep the news private, right? Yeaaaah, anyone who thinks that clearly doesn’t know the Kardashians all that well. Kim has been VERY open about her desire to have another child, and she’s been telling anyone who’ll listen that she and Kanye are all set for her second pregnant. Translation: Please talk about me and my pregnancy, I’m just as important as the royals! Kim probably hates the fact that Kate Middleton’s royal pregnancy is stealing all the attention away from her, just as it did the first time around.

So instead of just going public with the news, Kim’s been teasing the news to the media. She and Kanye have reportedly already built a second nursery in their new home, just in time for the new second baby to make its arrival. And then? Well, we’ve seen North West in public, right? Imagine that, but tenfold. Kim and Kanye won’t be able to help themselves, and the world will be treated to a never ending parade of Kardashian-West children.