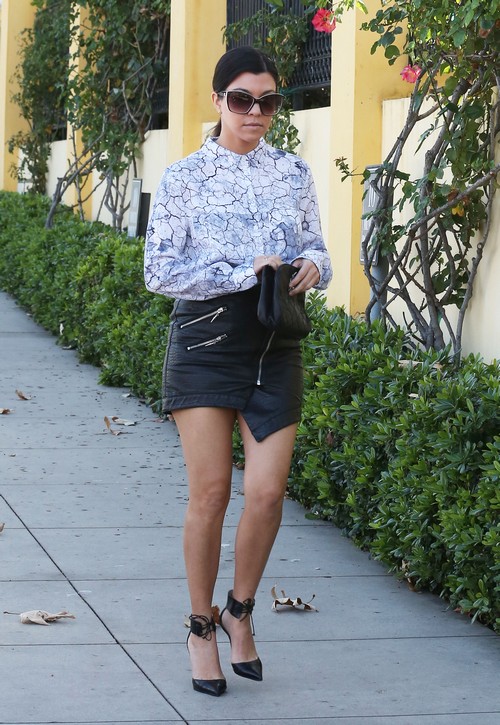 If I were a better person than I would say Kourtney Kardashian bought the house next to Justin Bieber simply because it  was too beautiful to pass up, but I’m not. A better person that is. I’m realistic enough to know no mother with two young children would move in next door to the loudest and overall most aggravating neighbor from hell just for the view. No, Kourtney moved for the publicity. With the way traffic flows in and out next door then she has a high chance of having her home blasted on cameras 24/7. She couldn’t even up drum that kind of exposure by merely being on her family’s reality show!

Kardashians and Bieber in the same high end gated community – if you thought the neighborhood had it bad before then you better pray for them now. And there really is only one person to blame.  Keyshawn Johnson was the one that sold his house to Kourtney. He was so desperate to rid himself 2 acres of prime real estate that he basically thought only of himself and not about anybody he’s leaving . Kind of like the guy that sold Justin his house…*cough* Michael Strahan*cough*!

“Kourtney paid just over $8.4 million for Keyshawn’s 6-bedroom 9-bathroom 11,746 sq. ft. home in The Oaks — located just blocks away from Bieber’s Calabasas compound. The deal will close in less than 2 weeks.” (TMZ)

Keyshawn is allegedly not selling his house because of anything Justin has done. According to him its just coincidence that he sold his house around the same time the boy he fully acknowledges hating is having a run in with the cops on an almost weekly basis. Despite the fact there have been several altercations and one of them was between Keyshawn and Justin’s bodyguard; we’re going to pretend to believe his version of events!

No man wants to be seen getting run out of his house by a boy!