Kris Jenner Encouraging Alcoholic Scott Disick To Drink Behind Kourtney Kardashian’s Back So He Will Boost KUWTK Ratings! 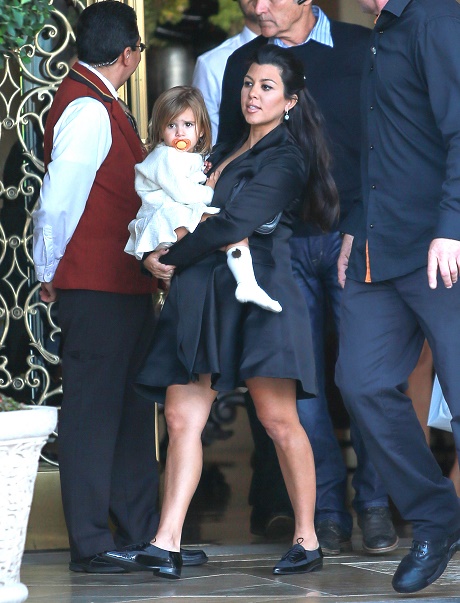 Keeping Up With The Kardashians star Kourtney Kardashian is trying desperately to keep Scott Disick, her longtime boyfriend and father of her three children, sober. But it looks like the eldest of the Kardashian sisters is fighting an uphill battle. Scott clearly has no intention of giving up his party boy lifestyle anytime soon, and he made that pretty clear on Kourtney & Khloe Take The Hamptons when he wound up in the emergency room after a weekend of boozing and popping pills.

On top of Scott’s lack of interest in sobriety, Kourtney’s momager, Kris Jenner, is pouring drinks down Scott’s throat every time Kourtney turns her back because she knows his drunk antics will boost the family’s reality TV show’s ratings. The entire Kardashian Family recently celebrated Kris’s 59th birthday party at 1Oak in Las Vegas, and according to OK! Magazine’s sources, Kris was encouraging Scott to drink and act belligerent because the KUWTK cameras were rolling. The magazine’s insider reveals, “Kris and Scott were all over each other, partying together, while the cameras were rolling. She laughed and hugged him while he drank, she certainly wasn’t showing any concern for Scott or how her pregnant daughter might feel.”

MTO reported that Scott actually got so drunk at Kris’s birthday party, no doubt from the shots he was pounding with his mother-in-law, that he actually tried to kiss Khloe’s best-friend, Malika. We really wish we could say we were surprised by Kris Jenner exploiting her daughter’s boyfriend’s problems with alcohol for the sake of good TV, but this is the same mother who sold her own daughter’s sex tape.

Do you think it is a low blow for Kris to encourage Scott to drink despite the fact that Kourtney is trying to keep him sober? Or would you expect nothing less from the infamous momager? Let us know what you think in the comments below!