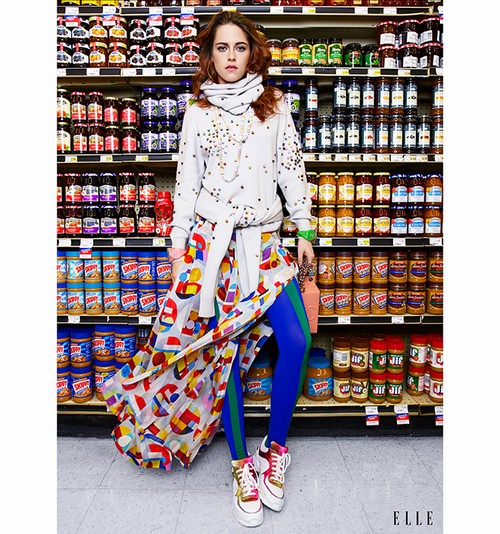 Nicholas Hoult and Jennifer Lawrence broke up, Jennifer Lawrence and Chris Martin are dating, and Nicholas and Kristen Stewart might be hooking up. It’s enough to give all of us gossip lovers whiplash, and has already provided the tabloids with endless amounts of material to line their weekly fan fiction articles.

Now, everyone’s asking why Nick and JLaw broke up this time. ‘Sources’ claim that it was their busy schedules that broke them up, but we’re also hearing that Nick wasn’t as keen on the breakup as Jennifer. Clearly, Jennifer didn’t take any time at all in moving on, since she’s reportedly been seeing Chris since June. And if that’s the case, it certainly makes it interesting that the rumors about Nicholas and Kristen started around the exact same time. Coincidence? I think not.

Most of these stories, even the ones in the shittiest of tabloids, are almost always PR-planted and/or approved. In this case, Nicholas probably didn’t want to come off looking like the jilted ex-boyfriend, so it was the perfect excuse to start ‘dating’ Kristen. Except even if they’re not dating, the media has already made it look like they are. It works as a double-edged sword, since Nicholas has now become a tabloid fixture but at the same time, it’s also enough to make Jennifer jealous. Although, Kristen and Chris Martin? Who’s better in that scenario? One’s a cheating rock star, and the other is a lip-biting trampire. Hard to say, no?

I doubt Jennifer is immune to feeling jealous, and she probably doesn’t like seeing her ex-boyfriend linked to Kristen, even if they’re ‘friends’. But in the end, she’s the one who has ‘officially’ moved on to someone else, and that probably hurts a lot more than anything she did or said to break up. Can you blame Nick for moving on to Kristen?