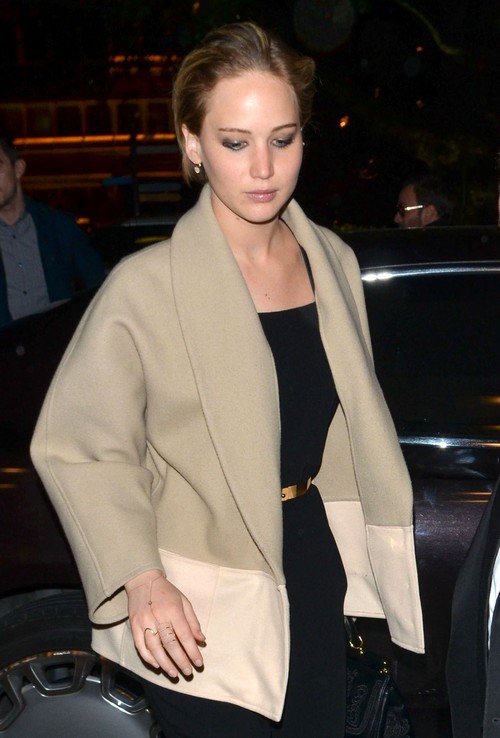 Jennifer Lawrence and Nicholas Hoult have been off an on again saying they grew apart but then J-Law pursued and won back her X-Men co-star. But is it all about to fall apart again? Kristen Stewart was cast late last year across from Hoult for sci-fi flick Equals that is set to begin filming sometime this year in Japan. Now that it’s looking like Robert Pattinson may be done with the trampire for good, she may be looking for another sexy Brit to bed with.

We know Kristen likes tall British guys – Pattinson and her icky hook-up Rupert Sanders prove this, so will hunky Hoult be her next victim? We know she has no respect for others’ relationships – Sanders was married and had kids, so why would a little thing like a girlfriend slow her roll?

And for his part, Hoult is known for hooking up on set. That’s how he met J-Law when they were filming X-Men: First Class. He’s also hooked up with his gorgeous Warm Bodies co-star Teresa Palmer and Mad Max: Fury Road co-star (and daughter of Elvis) Riley Keough.

In fact, Hoult was in the process of rekindling his relationship with Jennifer when he was photographed this time last year partying with Keough. Just days after the British hunk was wining and dining J-Law in LA and putting their relationship back together, Keough and Hoult partied after the Met Gala and then shared a walk of shame out of a hotel the next morning.

But if you’re wondering if the Beast actor snaps up every bit of warm tart that’s tossed his way, the answer is no. Nic did have the good sense to run screaming when Lindsay Lohan tried to hook up with him a couple of years ago, but will K-Stew be more persistent? If her past is any indicator, she will. She didn’t let a too-small car stop her from getting busy with her director lover and she didn’t let Pattinson dumping her stop her from pursuing him relentlessly for years.

If the trampire sets her sights on someone, watch out. Jennifer has said in the past that she and Kristen are friends and even texted her jokingly after the casting announcement rumors initially sparked cheating speculation, but that may have been too-nice Jennifer’s way of nicely letting Kristen know she wants her to keep her hands off her man.

And if Rob is really done with Kristen (and please God let him get some sense in that handsome but seemingly empty noggin’ of his) she may be on the prowl. If she’s got Hoult all to herself two continents away from his sweetie, you never know what could happen. But if K-Stew does go there and tries to steal Jenn’s man, I say we vote her out of the tribe once and for all. Her acting is mediocre and her morals are even worse, so who needs her??