Kristen Stewart Insults Actresses That Act Like ‘B*tches’: Not a Feminist? 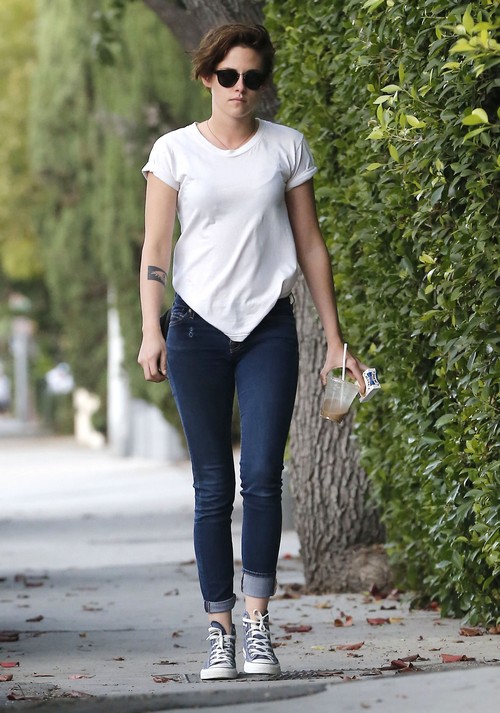 Talk about the pot calling the kettle black – Kristen Stewart has taken it upon herself to dismiss actresses that act like ‘b*tches’. She should maybe take a gander at herself in the mirror before making such drastic comments, but I guess she was trying to give herself a PR makeover.

Throughout the entire Twilight Saga and the crazy media mess that it created, Kristen developed a reputation for being awkward, closed-off, and rude. It may have stemmed from her shyness and her inability to do interviews, and media training clearly didn’t help much. However, the reputation that Kristen developed – at least in regards to PR and media and journalists – was exactly that of a frigid shrew, or ‘b*tch’ as she says.

But now, in an interview with the Daily Beast, Kristen states, “People say, ‘If you want to make it in the film industry as a woman, you have to be a b*tch.’ No, you are going to ruin any chance you have and give us a bad name. It’s a really ridiculous thing to say you’re not a feminist.”

She’s right about the feminist part, but I feel like that was a tangent to her argument that she added at the last minute. Plus, I do have to defend Kristen in some regard, because her behavior never seems to stem from her innate bitchiness or rudeness, just that she’s really, REALLY awkward in public situations. It doesn’t give her the right to be rude to journalists or fans, but who can say how we would behave in those situations? We know there are some celebrities that are nice no matter what, but everybody’s entitled to moments of bitchiness, right? Especially an A-list movie star who was, for a time, one of the most notorious women in Hollywood. Her image rehab has been slow and steady, and even if she’s not telling the truth, calling out rude and bitchy behavior certainly endears her to a lot of people, even if she’s being a stinking hypocrite while doing so.