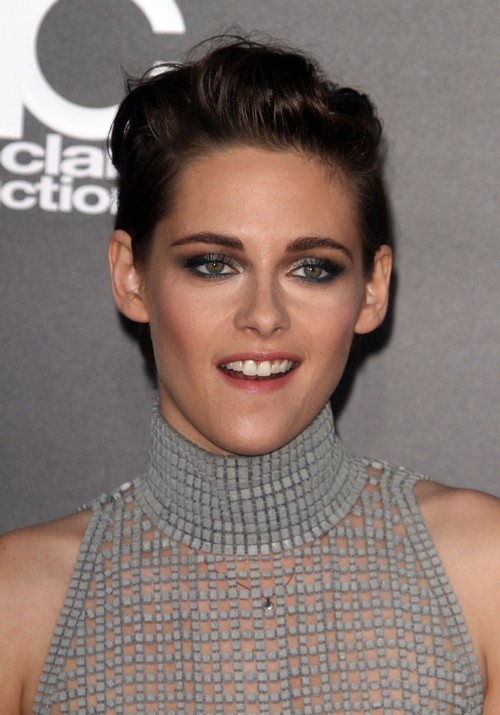 Just because Kristen Stewart and Robert Pattinson are broken up doesn’t mean that she doesn’t still care for him. Kristen waited two years to see if RPatz would return to her, and even though he never did, Twilight fans are convinced that she’s staying single on the off-chance that Rob breaks up with his new girlfriend, FKA Twigs. And luckily for Twi-hards, that breakup might be coming sooner rather than later.

We received an inside tip – along with several photographs – showing that rumors that FKA Twigs was getting up close and personal with some random mystery dude that was most definitely not Robert Pattinson had weight. In several of the pictures, it even looks like she’s leaning in and kissing him! So what’s the deal? Are Rob and FKA having an open relationship? Or  is FKA Twigs cheating on Robert Pattinson?

I’ve said it before and I’ll say it again – poor Robert Pattinson. The guy just can’t catch a break when it comes to girls, huh? His girlfriends are forever cheating him, not to mention the fact that he’s being publicly derided for that ridiculous hair style that he’s now sporting. His career has slowed down, and all he does is party, party, and party more.

Anyway, maybe he’ll be better off if he just accepts his fate and take Kristen Stewart back. The poor thing if probably furious on his behalf, but does she have any right to be? After all, she cheated on him too. Is there something fundamentally unsatisfying about Robert Pattinson?

Basically, Rob’s world is a sad, sad place to be right now. Unless Rob and FKA were in an open relationship, but even then, it’s humiliating for the whole world to know about it, right? Don’t you guys agree? And do you think that Robsten should just get back together already? Let us know your thoughts in the comments below.