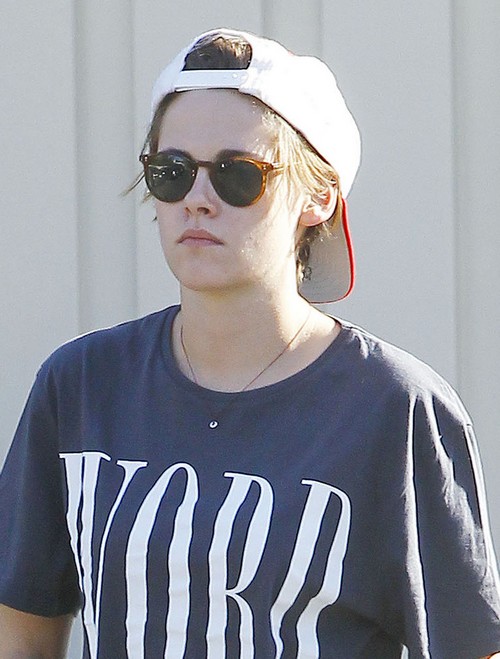 Does Kristen Stewart resent that FKA Twigs is selling out concerts everywhere on Robert Pattinson’s back? Robert Pattinson is accompanying Twigs everywhere like a mascot and suddenly she’s a huge star selling out every venue. Coincidence? I think not. RPatz’s latest movie got cancelled, and so he’s had nothing but free time to follow his girlfriend around the country, helping her sell tickets, and basically work as her unofficial publicist. I mean, would people even know who FKA Twigs is if it wasn’t for the fact that she was dating Robert Pattinson? I’m not trying to diss FKA’s musical skills here, but there are hundreds and thousands of talented singers who never get the time of the day. Plus, the fact that she started blowing up JUST as she started dating Robert Pattinson? Come on, that’s not a coincidence.

Now, I don’t want to insult Robert Pattinson’s intelligence and claim that he doesn’t know what’s going on. He knows full well what FKA Twigs is doing, and he clearly doesn’t mind. After all, he is accompanying her to all her concerts, isn’t he? He’s obviously supportive of her and her career, and he doesn’t mind being used as a media tool.

Of course, that doesn’t mean that other people aren’t indignant on his behalf. Kristen Stewart, while she probably doesn’t care that much about FKA Twigs’ musical career, probably can’t escape noticing that Rob’s been following his newly popular girlfriend everywhere. I wonder if she’s at all resentful of the fact that he’s clearly so supportive of FKA’s career, even putting his own career on the back burner for a while? He was never this openly supportive of Kristen, and I wouldn’t be surprised if this burned on her a little.

Do you guys agree or disagree? Let us know your thoughts in the comments below.