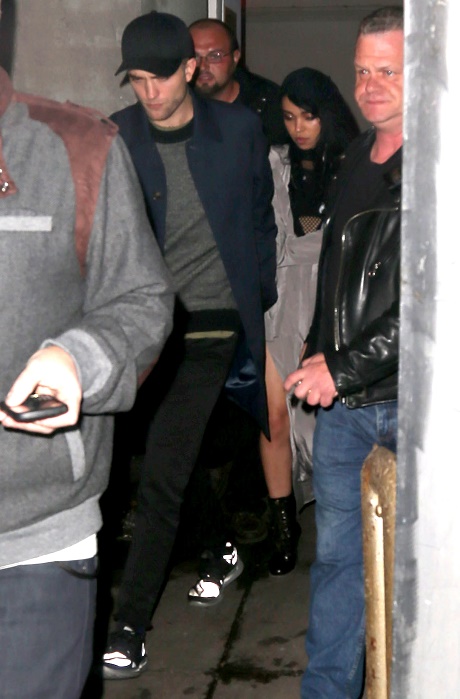 Robert Pattinson gets a ridiculous new haircut — is this new style a result of hanging out with new girlfriend FKA Twigs (who rumors say was cheating on him)? Robert Pattinson is losing it, you guys. After his movie got pulled at the last minute due to insufficient lack of financing, Rob’s been on a bender to party as much as possible with his new girlfriend, FKA Twigs. Instead of concentrating on his career or trying to land another job, Rob has been accompanying FKA Twigs to all her concerts and all her parties. That would be completely fine if it wasn’t for the fact that FKA Twigs parties a LOT, and now Rob also parties a lot. Of course, he always had a reputation as a bit of a party boy, especially on the Hollywood scene. However, you’d think that getting a steady girlfriend would have slowed down the partying some, right?

Nope. If anything, it’s increased. And now, if the partying and the PDA weren’t enough, Robert Pattinson went and got himself a ridiculous new haircut. His hair now resembles an acorn, no joke. There’s a tuft of hair on top, and he’s shaved everything off except a landing strip on his lower back skull. Was he making a statement? Was he just being ridiculous?

Many fans are accusing FKA Twigs of brainwashing him into getting this silly new haircut, but I don’t think she had anything to do with it – at least, not directly. Rob has been on a mission to leave behind his Twilight image for a few years now, but all that hard work he’s done in his career is going through the drain if he doesn’t get his act together. Nobody’s expecting a full-scale meltdown from the guy, but these kinds of idiotic aesthetic decisions ARE going to affect him in the short run – and perhaps even in the long run. Hollywood is a superficial, superficial place, and this haircut is not going Rob any favors. 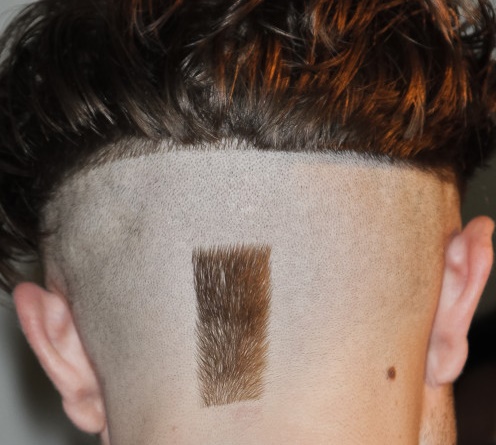