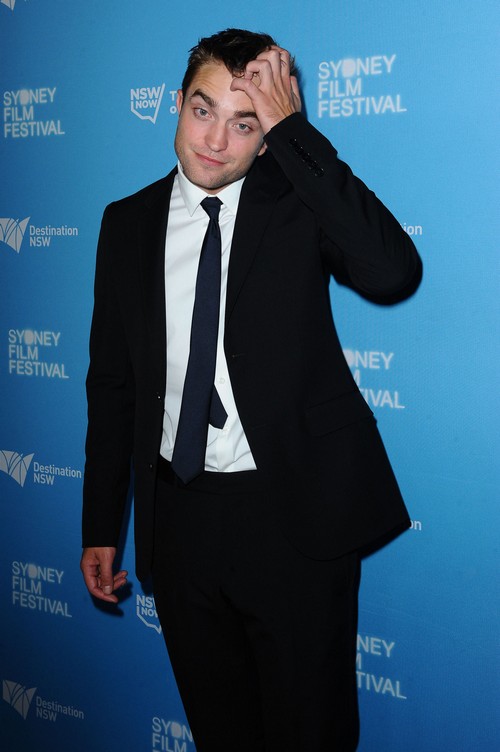 It’s been two years since the Twilight Saga ended, but the craziness surrounding Robert Pattinson has only gotten bigger. For one, the paparazzi literally follow him wherever he goes. For another, his love story with Kristen Stewart continues to dominate the headlines, even if the two haven’t been publicly spotted together in several months.

Granted, this is what happens when you take two franchise celebrities who used to date but broke up thanks to a major cheating scandal. It’s astonishing to me that Rob is still in touch with Kristen, much less that he actually got back together with her last fall and is supposedly having an on-again/off-again friends with benefits relationship with her now. Of course, he still refuses to acknowledge any of this, even though we should consider it a miracle that he even admitted that he’s still in touch with Kristen in his recent Hollywood Reporter profile.

Rob was recently spotted making his way through LAX Airport in Los Angeles, and he was obviously besieged by the paparazzi asking questions about Kristen. Everybody suspects that something is still going on between them, even though they haven’t confirmed their relationship status nor commented on their private life at all. All we know is that they’re still in touch, and Rob hasn’t had a rebound fling in a while.

So sure, he’s refusing to tell the paparazzi anything – why would he? But based on what our sources say, don’t expect Rob to speak to the media about his private life anytime soon, if ever. He’s particularly protective of his relationship with Kristen, especially after the way the media treated them in the past. I don’t know who he thinks he’s fooling with this no comment thing, but he should probably make sure Kristen doesn’t end up hooking up with yet another married director this time around.