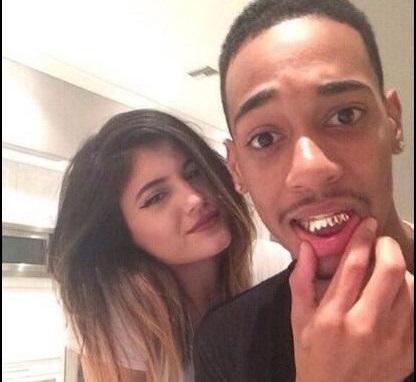 It looks like Jaden Smith‘s going to have to try a little harder if he wants to win over Kylie Jenner. Kylie’s now spending time with resident bad boy Lil Za in Justin Bieber‘s drug den. If that wasn’t bad enough, Lil Za was just charged with three felonies. I mean, sure we always joke about the Kardashians being felons, but at least they’re never charged with anything. Plus, Kylie + Lil Za = recipe for disaster.

We already know that Lil Za isn’t a good influence on anyone, and hanging out at Justin’s house is never a smart thing to do. Look at Selena Gomez – the poor thing got back together with Justin, and within days she was attending rehab for substance abuse. I know Kris Jenner loves her daughters to be in the spotlight, but is it worth it when they’re risking their health?

Kylie posted a photo of herself and Lil Za in Justin’s kitchen on Sunday night. His kitchen is notorious for being the holding place of Justin’s giant stash of weed, so it’s pretty obvious that they weren’t braiding each other’s hair and gossiping to each other.

Lil Za also posted several pictures of him and Kylie earlier this week, referring to them as ‘best friends’. Hmmm…. jumping the gun there a bit, no? Hanging out for a week together doesn’t make you best friends, but maybe they’re ‘best friends’ in the way that Kylie and Jaden were ‘best friends’? If that’s the case, run Kylie, run. Soon, she’ll get sucked into Bieber’s vortex of bad decisions and shitty behavior. What do you guys think about Kylie hanging out with Lil Za? Let us know your thoughts in the comments. 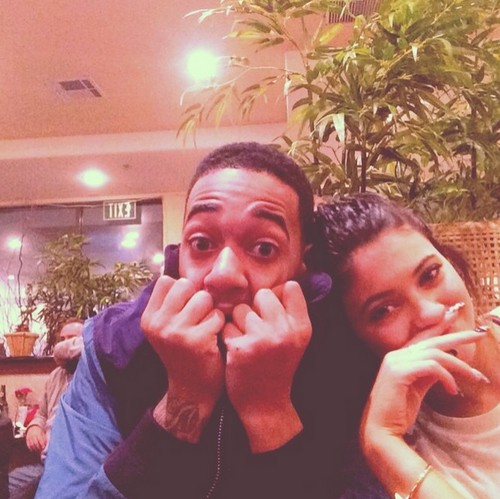