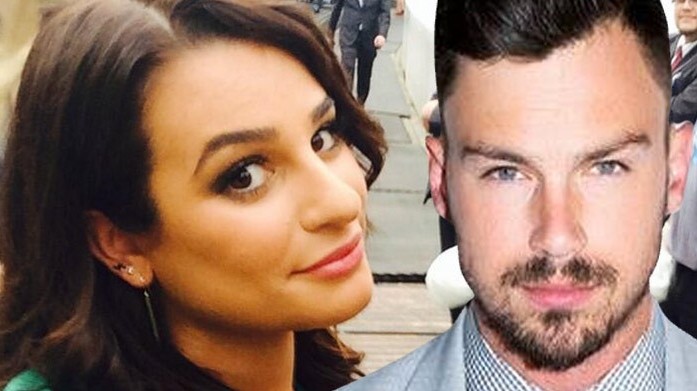 Lea Michele has a new boyfriend, and he’s a male prostitute! Of course, we couldn’t expect Lea to grieve forever, especially since Cory Monteith would have wanted her to move on. But why would have thought that Lea would end up dating a gigolo?

According to reports, Lea has been dating a young man named Matthew Paetz for the last few months, although she’s been very private about the relationship. And now, one can see why.

Matthew is reportedly a male escort, hired for Cowboys4Angels under the alias ‘Christian’. The site is featured on Showtime’s ‘Gigolos’, and it’s a popular one for women seeking escorts. Yikes. On the website, Matthew is supposedly a dating expert, a certified life coach, and a massage therapist…. I’m guessing there’s euphemisms involved here? Either way, he reportedly charges up to $350 for one hour, and $6000 for the weekend. And if you want to spend a whopping $17,500 for the week, he’s your man!

Well, one thing’s for sure – Lea doesn’t have to worry about Matthew using her for her money. The guy would be loaded with numbers like this, although I’m curious as to how Lea and Matthew met. Matthew’s profile has already changed to ‘hidden’ on the Cowboys4Angels website, and according to sources, he’s gone on a ‘hiatus’ since he met Lea. The last time he took on a ‘client’ was in April, during the Stagecoach Music festival.

Oh, and he and Lea supposedly met on the set of her music video, ‘On My Way’, although I’m inclined to think that there’s more details they’re hiding from us on that front. Lea’s not going to admit frequenting a gigolo website, nor is she going to admit meeting her boyfriend on there. But I wonder, if she did meet him on the site, how much did she pay? Is she getting a movie star discount? Are they ‘exclusive’ so long as she keeps paying? Considering that this might be the first time a celebrity openly dated a male prostitute, there might be some new ground rules established.