LeAnn Rimes and Eddie Cibrian Cheating Divorce: Brandi Glanville Pushing Couple To Stay Together For Sake Of The Kids (PHOTOS) 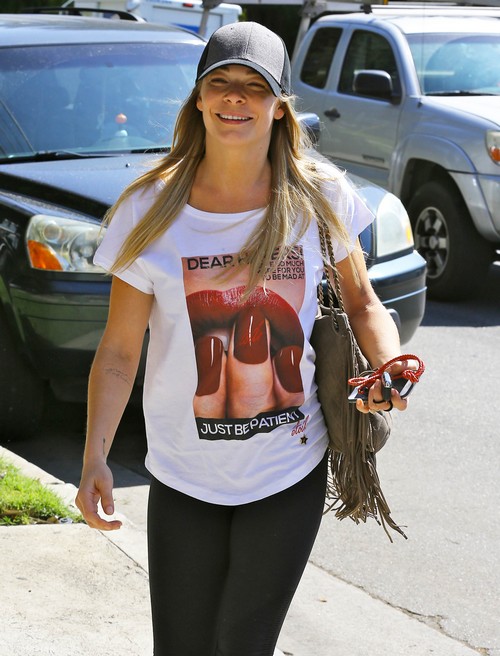 Brandi Glanville isn’t your typical ex-wife, since rumors began emerging that Eddie Cibrian is cheating on his current wife LeAnn Rimes, she isn’t happy!  You would think that she would be thrilled LeAnn got a dose of her own medicine, after all LeAnn was Eddie’s mistress when he was married to Brandi.  But, according to new reports, Brandi actually wants Eddie and LeAnn to stay married.

The October 13 edition of OK! Magazine claims that Brandi is hoping Eddie and LeAnn don’t split up, because it will upset their boys, and she is trying to stop Eddie from divorcing the country music diva.  The magazine goes on to explain, “Troubled couple LeAnn Rimes and Eddie Cibrian have an unlikely supporter, Eddie’s ex Brandi Glanville!  A source close to Brandi reveals that she wants the homewreckers to stay married for the sake of her and Eddie’s kids.”  According to OK! Magazine’s inside source, “Brandi knows as long as Eddie and LeAnn stay together her kids will have a stable environment to visit their father.”

Eddie Cibrian is virtually broke, so if he and LeAnn were to divorce, we could totally see him couch-hopping from hook-up to hook-up, and that definitely wouldn’t be good for his kids.  However, it is really hard to believe that after all of the bad blood between Brandi and LeAnn, Brandi would actually be pushing for Eddie and LeAnn to stay together and not get a divorce.  It seems to us that Brandi would jump at the chance to have LeAnn out of her and her children’s lives, regardless of what the cost was.

Do you think the reports are true and Brandi is taking the high-road and pushing for Eddie and LeAnn to stay together?  Or are you having as tough a time as we are imaging Brandi not jumping up and down with glee at the thought of having a LeAnn-free life?  Let us know what you think in the comments below!

LeAnn Rimes is all smiles while heading to a Pilates class in Studio City, California on October 1, 2014. LeAnn’s shirt had a special message for her haters… “DEAR HATERS! I have so much more for you to be mad at. Just be patient!”