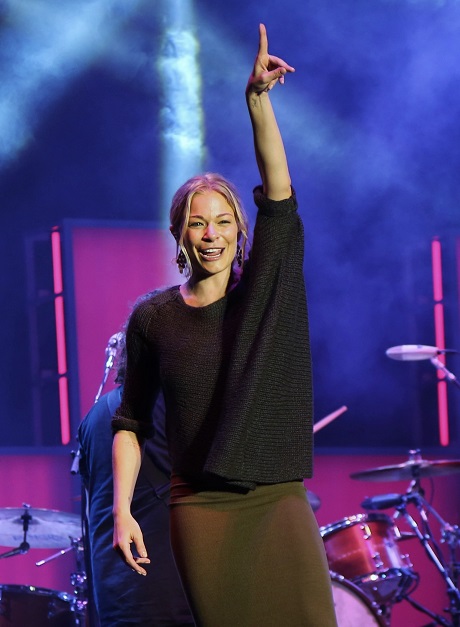 VH1’s LeAnn and Eddie continues to bring in the unintentional hilarity, even as LeAnn Rimes and Eddie Cibrian fake their way through their marriage on that idiotic reality show. Although their bumbling relationship drama gets grating after awhile, the latest bit of news to come out of the show is intriguing.

According to the show, LeAnn has stopped her birth control and is trying for a baby with Eddie. Apparently, the doctor ran some tests checking for fertility issues and LeAnn’s results came on the low end of normal. Due to that, he recommended that she and Eddie try for a baby now, instead of waiting any longer.

Of course, the minute Eddie heard that, he got a look of terror in his eyes that no amount of scripted TV could hide. But since it likely is scripted, he doesn’t go off book and plays the part of the dutiful husband supporting his wife in whatever she wants to do. He tells LeAnn that he would rather have a kid with her now, rather than waiting and not have a baby at all.

I would say ‘awwwww’ if I didn’t know that all this was just engineered to gain audience sympathies. Either way, let’s just indulge them and pretend that this is true – and that LeAnn and Eddie are trying to get pregnant. Since this show was shot a while back, we can assume that they succeeded or failed – and I’m going with succeeded, since they might not have wanted to include it on the show unless it played a big part in what’s coming later. Remember, both LeAnn and Eddie are under the delusion that their show will get renewed for another season, and baby drama is one of the best ways to keep audiences interested.

LeAnn would obviously be ecstatic that she managed to get pregnant, largely because that means that Eddie is stuck with her. Eddie, on the other hand, is probably clammy and sweaty, and wondering what he’s gotten himself into. Even if the show gets cancelled, it’s not like they can go back in time and NOT have the baby. And there’s no way for him to run away now without looking like a giant tool, not to mention that he wouldn’t even get a penny from the ensuing divorce.