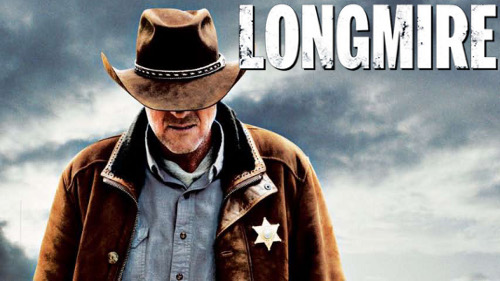 According to Adam Bartley of Longmire there is a possibility that Netflix will resurrect the A&E cancellation for season 4! The fight to save A&E’s recently cancelled western drama Longmire rages on, and progress is being made. There is reason to believe that diehard fans haven’t seen the last of their beloved show. A&E shocked viewers in August when it announced out of the blue that it was cancelling Longmire, and it was later revealed the reason behind the drastic decision was because the viewing audience was “too old” and wasn’t fitting in to advertisers’ key demographics, despite the fact that it brought in over 4 million dedicated fans.

Since Longmire was cancelled, the series’ fan base has hit the internet to protest, and even called A&E to complain. The cast and producers have been campaigning hard to get another network, or even an internet company like Netflix to pick up the drama so that the series can go on. And, according to the November 24th edition of GLOBE Magazine, that could happen much sooner than any of us expected!

This week’s GLOBE features an excellent interview with Longmire cast member Adam Bartley, who you most likely know as “Ferguson” or “The Ferg.” In the exclusive interview Bartley revealed, “We’re asking everyone who loves Longmire to lend a hand to our ‘Long Live Longmire’ campaign. There’s definitely been some progress made. A lot of us are feeling very, very, excited about the possibilities. There’s a good chance we could hear some good news very soon.”

So, are you one of the diehard Longmire fans that have been campaigning to save the show? Do you join the thousands of other fans who are boycotting A&E? Let us know what you have done to help save Longmire in the comments below! How much would you like to see a Longmire season 4 produced and shown by Netflix!